Morrissey and the Love That Dare Not Sing Its Name

This article is over 16 years, 3 months old
Today the pop industry can easily cope with artists who are openly gay, but can it cope with artists singing about men having sex with men?
By Martin Smith
Downloading PDF. Please wait...
Monday 01 May 2006

Morrissey remains one of the most enigmatic and compelling figures in recent pop history. As the lead singer of The Smiths, arguably one of the most important indie bands of the 1980s, his poetic lyrics, romantic anguish, ambiguous sexuality and vision of a troubled and alienated Britain cut with many a sensitive soul. His solo career has followed a similar trajectory. But I want to start this column in a way that I don’t mean to continue. The Morrissey of the past is someone I have loathed and hated, but at times sympathised with.

Loathed, because the vast bulk of his work was self-obsessed, miserable and, as with Pete Doherty, nostalgic for an England that never existed. To steal one of Morrissey’s own lyrics, he said nothing to me about my life.

Hated because during the early 1990s Britain witnessed the first revival of the fascists after 15 years of being in the wilderness. On the Isle of Dogs in east London, the Nazi BNP won its first council seat in decades. Three young black men were stabbed to death in south east London. What was Morrissey’s response?

He draped himself in the Union Jack at a Madness concert in Finsbury Park and released an album called Your Arsenal, which contained the song “National Front Disco” – a glorification of fascism. The man who found himself at odds with mainstream society was seen to be publicly flirting with the far right. Some say he was misguided, others say it was a joke, but for anti-racists everywhere he had gone too far.

And yes, sympathised with. For here was a man who, despite all his fame and wealth, had clearly found little happiness in his personal life, and was a sad and troubled person. From the first wave of a bunch of gladioli on Top of the Pops (a homage to his hero Oscar Wilde), the question of Morrissey’s sexuality was raised in the music press. He chose not to answer the question. He had every right to keep his personal life private, but was this another case of a love that is unspoken?

At other times he teased the press, claiming it was impossible for him to find love (or even a shag) – he was a man whose destiny was to wander the world alone.

He was not the first pop star to brush aside questions about his sexual preference by claiming to be “asexual”. Remember Boy George’s famous reply “I prefer a nice cup of tea to sex”? I don’t know what brand of tea bags George was buying, but they must have been pretty special. On another occasion Morrissey said, “I refuse to recognise the terms hetero, bi and homosexual. Everybody has exactly the same sexual needs. People are just sexual – the prefix is immaterial.”

Whether Morrissey is gay or not I care not one iota. But what I find sad is that he is one of a long line of celebrities, which includes Kenneth Williams, Liberace, George Michael, Elton John and Michael Barrymore, who have hidden their sexuality at one time or another for fear of ridicule or having their career ruined.

But recently I have begun to soften to the man. His new album Ringleader Of the Tormentors is a gem, a dedication to love, death and sex. At least six tracks indicate that Morrissey has finally found love. On the track “You Have Killed Me”, Morrissey identifies with the great Italian film directors Pier Paolo Pasolini and Luchino Visconti, both of whom were gay and made films about the destructiveness of human sexuality.

During the song Morrissey proudly pronounces, “I entered nothing and nothing entered me, till you came with the key.” He even takes time out to have a swipe at Bush and Blair’s war in Iraq.

But the most beautiful and poignant track on the album is “Dear God Please Help Me”. The song is arranged by the brilliant film composer Ennio Morricone, the man who wrote the musical scores for The Battle of Algiers and The Good, The Bad and The Ugly.

The haunting church organ provides a brilliant backdrop for Morrissey to bare his inner emotions. On paper it sounds corny, but when Morrissey declares, “There are exploding kegs between my legs,” and, “Now I am spreading your legs, with mine in between,” you know he has crossed the Rubicon.

Of course there have been a large number of so called straight love songs that have been written by gay songwriters. Cole Porter’s classic “I Get a Kick Out of You”, made famous by Frank Sinatra, was written after Cole was beaten up by a truck driver he had propositioned in a lorry park – Frank had no idea what the song was about.

And I once interviewed one of Marvin Gaye’s songwriters. He told me that neither Motown nor Marvin ever knew that he was gay. Laughing, he said, “Some of Marvin’s greatest love songs are about my love life.”

There have also been several openly gay anthems recorded over the last 30 years of pop history – Tom Robinson’s “Glad To Be Gay” and Bronski Beat’s “Small Town Boy” spring to mind. But has any major pop star recorded a song about gay sex? I’m happy to be proven wrong, but I can’t name one.

The love that is unspoken now has a beautiful voice.

Iran: A Cinema Born Out of Poetry and Resistance 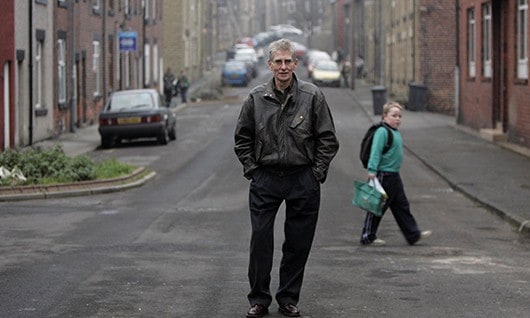 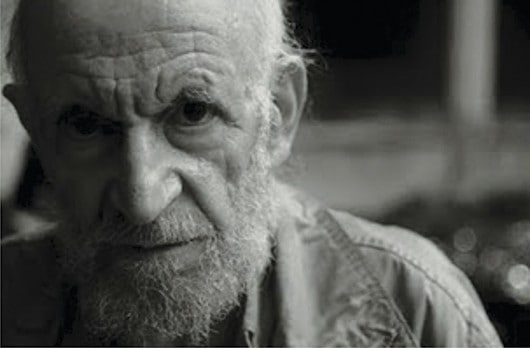