This article is over 4 years, 8 months old
By Theresa Bennett
Downloading PDF. Please wait...
Tuesday 02 May 2017

A Moving Image is an innovative account of the gentrification of Brixton. The film is a fictionalised account making use of documentary footage, photography and performance art. It begins with Nina, who is returning to the area after living in Shoreditch, east London.

The opening scenes feature the character Big Ben on a megaphone, a nod to the many political activists and religious evangelists who make the streets of Brixton so unique.

A real flavour of the area is captured in the documentary footage of the Reclaim Brixton street protests, the banners of striking Ritzy cinema workers fighting for a living wage and activists campaigning to defend council housing.

Today Brixton is popular and fashionable, with a cool urban vibe. Since the 1950s the area has been the heart of the West Indian community in London and in the 1980s it saw riots in response to racist policing.

Much of the portrayal of Brixton since then has been negative and informed by the usual stereotypes to which black people are subjected. Over time Brixton’s unique qualities have attracted squatters, artists, alternative types, radical thinkers and an organised gay and lesbian community who have all made their home here.

Nina and her creative friends are challenged by others within the community for their own role in the gentrification process. She is told that after artists settle in an area it often gains mainstream popularity leading to an influx of the wealthy who can afford the increasingly high property prices. A working class boy-made-good buys and moves into a flat on Rushcroft Road, so that he is near the tube. Is he to blame for gentrification?

Gentrification in Brixton means the 100 new restaurants in the area have squeezed out traders and grocery shops, some of which had been there for decades. Lambeth council destroyed short life housing co-ops in the area by forcing tenants out of their homes and selling the properties off at high prices, raising an estimated £55 million.

Change can be a positive thing. However, gentrification is the top down imposition of change that does not address or care about the needs of most ordinary working class people living in an area. This is demonstrated by popular libraries being threatened with closure and cuts restricting free public spaces alongside the promotion of facilities for those who can afford to pay.

The gentrification process is fuelled by the government’s austerity policies. People who become homeless are placed in temporary accommodation outside the boroughs and communities they have been living in, while council homes are demolished and publically owned property is increasingly sold off to the highest bidder.

This market model has created a national housing crisis and fails to recognise the problems that now blight working class people’s lives.

The film maker, Shola Amoo, calls on viewers to question the changes in their areas, wherever that may be. He aims to inspire us to become involved in sharing our experiences, shaping our areas and our future. I couldn’t agree more. 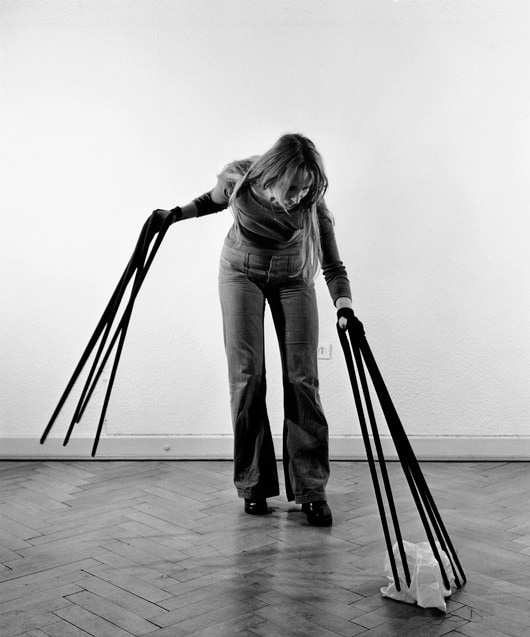 The Body Extended: Sculpture and Prosthetics

This Robin Hood is a battling rebel