Sacred Games opens with a dog being thrown out of a window in an upmarket suburb of Mumbai in India and ends with the prospect of nuclear war. In between it races through city slums, prisons, riots, dance bars and even a tangential mission in the Himalayas.

It is a crime story shaped around an encounter between two figures – Sartaj Singh, a middle aged police inspector, and the notorious gangster Ganesh Gaitonde, who is holed up in a concrete bunker in Mumbai. When Sartaj goes to bring him in, Ganesh surprises him by insisting on telling him about his life over a loudspeaker installed in the building. This creates a moment of intimacy between the two men that drives the investigation – and the reader – to find out what led to this moment and what Ganesh is running from.

Sartaj is drawn into an investigation that reveals layer upon layer of violence, corruption and subterfuge – from the underworld of Mumbai to the intelligence services of India and Pakistan. Alongside this runs the voice of Ganesh who tells the absorbing story of his rise from rural obscurity to become one of the most powerful gangsters of Mumbai.

Ganesh is ruthless, arrogant and at times chillingly pragmatic. But we also see him fiercely loyal, frightened and insecure. He doesn’t hesitate to cut people’s limbs off with a sword if they double cross him, but he worries all the time about his sexual performance and searches the internet for penis-enlarging drugs.

From the scenes in the slums of Mumbai, we get a sense of the layers of migration to the city and the mix of people who struggle to make their lives there. People bring many languages with them and generally “get by in some knocked-together mixture, some Bombay blend”.

The book is full of fantastic Mumbai slang and swearing that gives a real feel of banter between friends and enemies.

This is a city where corruption rules and where everything is for sale. Sartaj tells us early on that he learnt the “bitter secret of the metropolis” from a slumlord convicted of murder – paisa phek, tamsha dekh: throw the money and watch the spectacle. Police are bought, elections are rigged, and political influence is a matter of hard cash.

Mumbai is a city very much shaped by the growth of the Hindu chauvinists of Shiv Sena and by the communal riots of 1992-93 which killed around 1,000 people. In the wake of the riots, bombs went off across Mumbai. These events form a backdrop to much of the novel and provide the key turning point in the creation of Ganesh the gangster. He is on his honeymoon when he hears about the riots and rushes back to the city.

Although from a Hindu background, Ganesh is not interested in religion. He is known for having a secular, mixed “company” and some of his most trusted gang members are Muslims. His first instincts are to check on the Muslims in his neighbourhood.

But during the riots pressure grows for people to define themselves by their religion and to carve out power on that basis. Eventually Ganesh organises attacks on Muslim slums on behalf of opportunist Hindu politicians while bolstering his own dwindling support by recreating himself as a Hindu don.

This is an immense, brilliant and bewildering novel. The hardback edition has exactly 900 pages and not one of them is wasted. It took Vikram Chandra seven years to write. I can only hope he has already started on his next book. 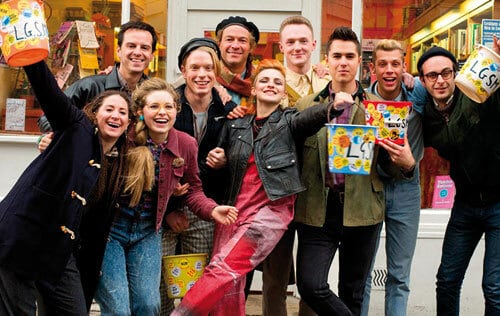 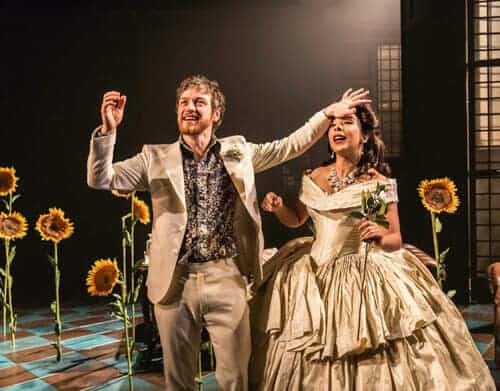