This article is over 13 years, 4 months old
Sixty years after its formation Nato continues to be an important tool of US imperialism. John Newsinger traces the organisation's history from its first meeting on 4 April 1949 to today's war in Afghanistan and its expansion into the countries of eastern Europe.
By John Newsinger
Downloading PDF. Please wait...
Wednesday 01 April 2009

The North Atlantic Treaty Organisation (Nato) is, we are assured by New Labour, a defensive alliance dedicated to the defence of peace and freedom. The members of this “defensive alliance” between them account for 75 percent of the world’s military expenditure, with the US alone accounting for just over 50 percent. This is a clue that all is not as we are led to believe. Indeed, Nato’s overwhelming military might is all the greater when one recognises that a large proportion of the rest of the world’s military expenditure is spent by “friendly” powers, such as Israel, India and Japan. Clearly, there is no credible defensive purpose behind the maintenance of such an overwhelming military superiority. What then is Nato’s purpose? Let us start with some history.

Twelve countries signed the North Atlantic Treaty that established Nato on 4 April 1949. From the very beginning its democratic credentials were effectively undermined by the membership of Portugal, still ruled by the Salazar dictatorship. One of the key architects of the alliance was the Labour government’s foreign secretary, Ernest Bevin. As far as he was concerned, a military alliance with the US was absolutely vital to protect Britain’s imperial interests on two related fronts. First because of power conflict with the Soviet Union and second because of growing unrest and resistance throughout Britain’s colonial empire.

British capitalism no longer had the military or economic strength to deal with these problems unaided. The British saw Nato as containing Russian power on the continent, as preventing a revival of German power, as bolstering European colonialism, and as guaranteeing the social order throughout Western Europe. One of Nato’s least remarked-on purposes was to prevent any shift to the left on the part of its member states, particularly those with mass Communist movements such as France, Italy and later Greece.

The Labour government’s commitment to the US alliance was absolute. In the late summer of 1949 the unprecedented decision was taken to allow the US to establish permanent bases for B-29 bombers in Britain. In 1950 these planes were armed with nuclear weapons without the Labour government, to the astonishment of the US, establishing any agreement regarding their use!

For the French, Nato and the US alliance were also useful supports in the early 1950s. After the Second World War the French became involved in a bloody colonial war in Indochina. By 1950 the US was effectively paying for the war and in 1954 when the French were facing defeat at Dien Bien Phu they seriously considered intervening with nuclear weapons. For the French, however, US help came at an unacceptable price. The 1954 peace settlement that partitioned Vietnam saw the French influence ended in the South, replaced by the US.

Even more humiliating was the failure of the joint British, French and Israeli invasion of Egypt in 1956. The US forced its allies into a humiliating withdrawal, intent on supplanting the influence of the old colonial powers throughout the Middle East.

France and Britain had different responses to the Suez debacle. The British abandoned any idea of ever acting independently of the US again and instead gratefully accepted the role of junior partner in the US empire. The French, however, responded by asserting their independence and under Charles De Gaulle were to close down all US bases in France and withdraw their military forces from Nato command. Britain abandoned its independent nuclear weapons and gratefully accepted Polaris while the French maintained an independent French bomb regardless of the cost. These responses were nothing to do with national character, but reflected instead the fact that the British saw their interests as best served by becoming a faithful servant of US imperialism, while the French saw theirs as best served by building up Europe as a counterbalance to the US.

For the US, Nato was an instrument for the exercise of imperial power. It established US military bases and political influence permanently in Western Europe. Obviously, its Nato allies were useful in the Cold War confrontation with the Soviet Union, although one should not exaggerate the alliance’s military potential separate from the US. More important was the fact that, through Nato, the US was able to exercise influence over the domestic affairs of member countries. This became so taken for granted in the course of the 1950s as to become invisible, but it is, in fact, one of the defining features of post-war politics in Western Europe.

While the Soviet Union was the enemy, this state of affairs could be sustained, although not without difficulty. After all there was a real great power conflict and a real arms race that could have proved fatal for the world. With the collapse of the Soviet Union, it has become more difficult to justify. Attempts to build up Slobodan Milosevic, Saddam Hussein, Osama bin Laden and even Vladimir Putin as threats have not been successful. It is extremely unlikely that even the considerable resources being put into manufacturing the “Islamist” threat will be able to establish it as an existential menace capable of reshaping European politics. This effort is still under way, of course.

Saving democracy from itself

As part of military preparations for war with the Soviet Union, Nato organised a covert network throughout Western Europe, ostensibly to prepare for armed resistance in the event of a Russian invasion. This “Gladio” network involved sections of the far right in some countries and in the 1960s and 1970s was to become involved in terrorist attacks intended to destabilise politics and society and prevent the left from coming to power. Italy was the country where the Gladio network came closest to the surface.

The threat posed by democracy was dealt with most dramatically in Greece in April 1967, another Nato anniversary worth remembering. The army seized power to prevent politics moving to the left, installing a military junta in power that ruled by force and the free use of torture. The Greek colonels had the support of Nato until they were overthrown in 1974. It is worth remembering here the fate of student protesters in Britain who picketed the Garden House Hotel in protest against the junta during the Cambridge Greek Week in February 1970. Fifteen protesters were brought to court before the arch-reactionary Justice Melford Stevenson. While seven were acquitted, Stevenson celebrated the recent election of Edward Heath’s Conservative government by sending six to prison for sentences ranging from nine to 18 months and the other two to borstal.

Since the collapse of the Soviet Union, Nato has for the first time become directly involved in military action. The alliance had earlier supported the Portuguese in their protracted colonial wars in Angola, Mozambique and Guinea-Bissau, but had not actively intervened. Now it intervened in the Balkans as part of the US attempt to reshape the post-Cold War world in their interests. Although Nato’s 11-week bombing campaign against Yugoslavia in 1999 was dressed up as a humanitarian intervention, it was in fact a cynical exercise in great power politics. The Balkans had to fit in with the US’s new world order.

With the US invasion of Iraq in March 2003, however, only the faithful British were prepared to commit troops in what was an unprovoked war of aggression based on deliberate lies. This war seemed at the time to have seriously weakened Nato, with Germany and France in particular distancing themselves from the US. More recently, however, Nato has agreed to send a training mission to Iraq, but the case remains that in most European capitals the war is still regarded as a great mistake.

Today, however, on Nato’s 60th anniversary, the alliance’s prospects are fluid, with contradictory factors pulling in different directions. First of all, Nato has dramatically expanded so that today it has 26 member countries, with two more (Croatia and Albania) about to join. This expansion is a direct result of the US victory in the Cold War. In 1999 Hungary, Poland and the Czech Republic joined; followed by Lithuania, Latvia, Estonia, Bulgaria, Romania, Slovakia and Slovenia in 2004. What this signifies is the decisive rollback of Russian power. And the Americans are still committed to bringing in Georgia and Ukraine. Under Bush this confrontational stance precipitated the Russian-Georgian war of 2008. While the British will follow the US anywhere (the British were helping to train the Georgian army and joint exercises were actually planned when the war intervened), the French and the Germans had no interest in confrontation with Russia.

What of Afghanistan? There are troops from all 26 Nato members in Afghanistan and from ten of Nato’s “partner” countries, including Ireland, Finland and Sweden. Most of these contingents are demonstrations of support rather than serious military contributions. Once again it is Britain that has proven to be the US’s most faithful camp follower. So far 152 British troops have laid down their lives for Uncle Sam. The war began with a lie and has no popular support. New Labour cynically relies on public opinion rallying behind the troops because they are in danger, hoping that the fact that it was they who quite deliberately put them in danger will go unnoticed. As the death toll goes up this sleight of hand will become more difficult to sustain.

What of the French? While Nato has expanded, its members are still unwilling to fight the US’s wars, with the exception of Britain and now, it seems, France. Under Nicolas Sarkozy the French state seems to be reassessing its international posture. The old Gaullist policy is in the process of being abandoned as the French once again place their forces under Nato command. The New York Times has welcomed this as indicating that the French have given up their attempt to build up Europe as a counter balance to US imperialism. While the French posture is certainly changing, it still seems unlikely that they will embrace a British-style subservience. And anyway, whatever Sarkozy’s intentions, he is manoeuvring in a world where US power is in retreat and the war in Afghanistan is doomed to end in disaster. The only question is how bad a disaster.

Ukraine: 'Glory to the Miners'

Haiti - the making of a catastrophe 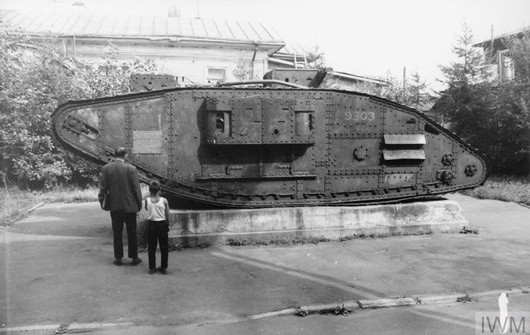