Evgeny Morozov’s book explores the role of the internet and social media in aiding dissent. The US-based Belarusian has quickly joined the ranks of liberal commentators making a living as a new media “expert”.

On one level this is a welcome antidote to the analysts quick to claim that emerging movements owe their success to Facebook and Twitter. This view was recently espoused by BBC foreign affairs correspondent – and liberation expert – John Simpson, who stated, “In the end Egypt’s ‘internet generation’ just would not put up with a dictator” – as if young Egyptians had found out about food prices, low wages, unemployment and state oppression through social networks. Morozov dubs this concept “cyber-utopia” – the notion that access to participatory media and censor-free information will unlock an inevitable path to democracy.

Morozov busts many of the myths surrounding Iran’s so-called Twitter revolution – in fact only 0.027 percent of Iranians had a Twitter account in 2009. He ridicules the Washington obsession with bringing down the “cyber Berlin Wall” and argues that pro-Western bloggers alone will not spread freedom to anti-US regimes. He compares this to Western media’s overstated role in ending the Cold War.

Unfortunately he has an unhelpful analysis of the pacifying role of popular culture – claiming that people in East Germany were too busy watching Dallas to get active sooner. He is uncritical of Western governments and is too trusting of liberal democracy. He makes little distinction between criticism of Saudi Arabia, China, Iran, Venezuela and Bolivia.

His is a one-dimensional criticism of cyber dissidents that claims the internet gives non-Western authoritarian regimes more of an advantage than it does the movements that oppose them. Activists, he says, are too quick to give over their personal details and expose their political views and contacts.

But political movements gain momentum on the streets and in workplaces. The threat of cyber infiltration to movements is offset against the power and strength of mass mobilisations on the ground. Political activists should aim to publicise their demands widely using all media – including that run by corporate capital or the state.

In the case of recent events in the Middle East the idea that Facebook and Twitter were the catalysts for the movement is massively overstated – a point that Morozov recognises but fails to explore in relation to the Mahalla textile workers’ strike – his only concrete reference to strike action. The movement and its plans to overthrow Hosni Mubarak were clearly formed and shaped on the street in open view of the world’s media.

The Net Delusion is published by Allen Lane, £14.99 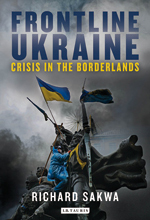