This article is over 9 years, 8 months old
by Judge Red, Dave Renton In every city in Britain, this Christmas will see more people sleeping rough than at any time since the 1980s. Officially, street homelessness is increasing by just under 10 percent. That figure is almost certainly an underestimate.
By Dave Renton
Downloading PDF. Please wait...
Saturday 01 December 2012

This November in a speech to the business federation, the CBI, David Cameron announced plans to cut the number of Judicial Reviews (JRs). The government hates judicial reviews because it provides a legal means to challenge government when it gets things wrong.

A number of JRs are complaints brought by homeless people seeking emergency housing. Under the Housing Act 1996, homeless adults are entitled to temporary housing as a right.

The laws which protect the homeless are well known to every housing manager. But the day to day experience of homeless people is one of “gate-keeping”: housing offices are understaffed while housing officers are instructed by their managers to come up with any excuse to pretend that there is nothing they can do to help.

Under the government’s proposals, no one will be allowed to bring a JR if there is any other remedy open to them. In theory homeless people can complain to the ombudsman. The ombudsman can require a local authority to provide it with documents. It performs its duties to a very high standard.

But the ombudsman’s investigations can take months to complete. And the ombudsman has no power to house a person who would otherwise be street homeless that evening.

In November, the coalition changed the law to enable councils to house homeless families in the private sector. One reason the coalition wants more people to be housed privately is that private sector tenants have only minimal security in their homes.

A landlord who wants to evict a person from a privately-owned property merely has to provide them with a properly drawn up “section 21 notice”. They do not even need reasons to get a possession order forcing the tenant out of their home.

In April 2013, a cap will be introduced to limit the total benefit a family can receive to £350 per week for a single person or £500 per family. This includes rent.

This summer, I found myself representing tenants who were being made homeless in anticipation of the cap coming into effect next year. After one hearing, a landlord boasted to me, “Your client is a lovely woman, she always pays the rent on time. I’d be happy to find her a new flat.” He had just made her homeless.

The Tory press has run a number of stories to the effect that it is just wrong that tenants on benefits can have rent of several hundred pounds per week paid for them. But the average London rent is now £14,880 pounds per year.

People are being made to pay rent at that level not just in Chelsea or Westminster, but in Hackney, Leyton and Walthamstow. And you can just imagine what rents are like once you’re looking to house a family with two or three children.

The government says that housing benefit is out of control and that it is sadly inevitable that reduced spending on housing will result in more people sleeping rough. It is true that the total housing benefit bill is now over £20 billion (which is about as much as the government spends on transport and universities combined).

But one simple reform could cut the housing benefit bill by half or more at a stroke: reintroducing the rent controls that existed from 1915 right through to 1989, until Margaret Thatcher abolished them. If we removed the incentives for landlords to own multiple houses, and if we could free up the 700,000 empty homes in Britain, we would have the chance to house everyone.

In 2009 David Cameron was asked how many homes he owned. He answered that he did not know. Rent control would solve the crisis in an instant; but the chance of the coalition acting against its propertied friends is zero to none. 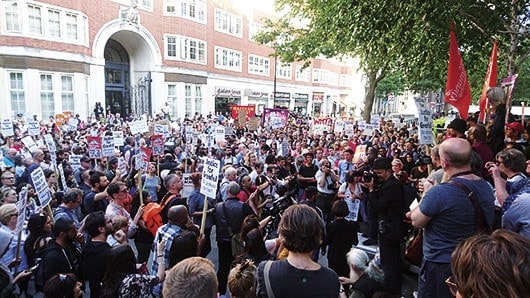 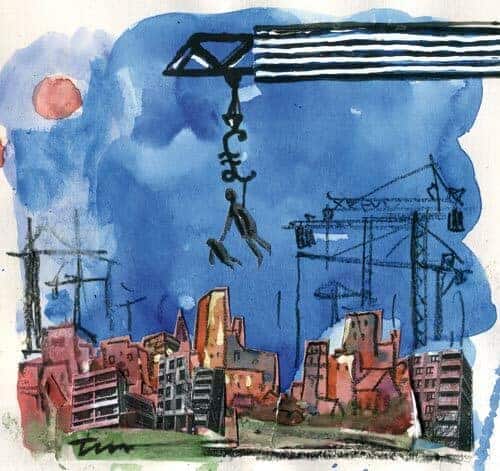 No room for racism