No defence for missile defence

This article is over 12 years, 3 months old
Big celebrations took place when US president Barack Obama announced that his administration had dropped plans to base a missile defence radar in the Czech Republic and anti-missile rockets in Poland.
By Jan Majicek
Downloading PDF. Please wait...
Thursday 01 October 2009

The news about the cancellation of the plan to deploy the radar base 60 kilometres from Prague came just one day before the launch of the “anti-radar bus”. From that moment it wasn’t the bus of the protest any more – it was the bus of victory.

In retrospect it was a crucial strategic decision to have the petition not against the plan but for a referendum. Twenty years after the Velvet Revolution the word “democracy” is still taken for something almost holy. We are told that now we live in a democracy everybody has a say. So we tested it.

The democratic mask slipped from almost all those prominent politicians, artists and scientists who presented themselves as the “democratic elite of the nation”. All of them, including ex-president Václav Havel, fiercely attacked the Initiative and our demand for a national referendum.

Despite the pro-radar attitude of the majority of Czech journalists we managed to organise the biggest anti-war protest since the 1989 revolution. Demonstrations and protests took place not just in the capital, Prague, but across the country.

Our protests not only forced the Social Democrats to adopt clear anti-radar policies but also started the process of splitting the Green Party from the government, resulting in a lost majority in the chamber of deputies. This led to the fall of Mirek Topolánek’s right wing government in March.

The radar is gone but new threats face us. The US minister of defence, Robert Gates, said that they have a new missile defence plan. Its “second phase, which will become operational around 2015, will involve putting upgraded SM-3s on the ground in Southern and Central Europe… Every phase of this plan will include scores of SM-3 missiles, as opposed to the old plan of just ten ground-based interceptors,” he said in the New York Times.

Again Iran has been given as the reason for such massive US military deployments in Europe. In reality the reason is to root a US military presence in South and Central Europe and so create a new logistical background for future wars.

A lot of Czechs had illusions in Obama. When he visited Prague in April he got a king’s welcome. But one illusion affected even anti-war activists: Obama is said to have so many problems with the economic crisis that he will stop all these projects.

As we see from Gates’s words and, of course, from what is going on in Afghanistan, this is not true. But now these US plans have a solid opposition ready to fight again and again. 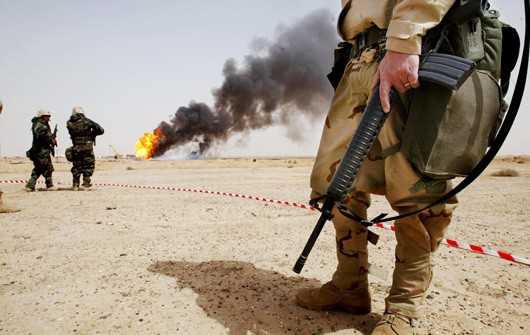