Nothing democratic about Nazis

This article is over 13 years, 1 months old
How do we challenge the Nazi British National Party now that it has won two seats in the European parliament and is attempting to appear part of the mainstream? Anindya Bhattacharyya argues we have to start with an understanding of the nature of fascism.
By Anindya Bhattacharyya
Downloading PDF. Please wait...
Wednesday 01 July 2009

The election of two members of the fascist British National Party (BNP) to the European Parliament in June has triggered a variety of reactions. Most people are rightly shocked and disgusted that Nick Griffin and Andrew Brons, a pair of hardened racists with a long history of involvement in Nazi politics, grabbed enough votes to become Euro MPs.

But the BNP’s electoral advance has also opened up a series of arguments in the media and the population at large. In particular, there is a section of the establishment which insists that the BNP must now be treated as a legitimate political organisation and accorded the same rights and privileges given to any other party. The people who make this argument typically say that, while they personally find the BNP’s views reprehensible, they believe the party has won a democratic mandate.

That was the reaction of many right wing commentators, who were outraged when a BNP “victory” press conference outside the Houses of Parliament was disrupted by protesters from Unite Against Fascism (UAF). Griffin had wanted to pose as a dignified and respectable politician – instead he ended up scurrying away from demonstrators with an egg splattered over his suit.

The egg incident brought a smile to the faces of millions of people who hate the BNP and were glad to see Griffin get humiliated. It made clear that any attempts by the BNP to gain political respectability would be sharply challenged by anti-fascists. But it also led to a debate in the media about what kind of organisation the BNP was and what sort of tactics should be used against it.

It’s important to understand that the BNP did not get its two seats because of a sudden lurch rightwards in the population at large. In fact the BNP’s vote dropped from the 2004 European elections in both regions where it gained seats, the North West of England, and Yorkshire and the Humber. The BNP pulled only 6.2 percent of the vote nationally and only 2.1 percent of those eligible to vote.

Nevertheless, anger at the recession, disgust at the MPs’ expenses scandal and disillusion with all the mainstream political parties meant that many people did not vote. It was this drop in turnout that led to the BNP getting in – a drop that was sharpest among Labour voters in the party’s traditional heartlands. The Labour vote in Yorkshire and the Humber was just over half what it polled in 2004.

Whatever the dynamics behind the election, the fact remains that the BNP did manage to ride what Griffin called a “perfect storm” to win seats. Almost immediately this led to calls for the party to be brought in from the cold. Senior journalists started to wonder out loud whether the previous informal ban on granting the BNP editorial space was “sustainable”.

Much of these arguments traded on the lazy assumption that the BNP’s racism somehow becomes politically acceptable if enough people vote for it. Under this logic the BNP view that black and Asian people in Britain are “racial foreigners” who should be “repatriated” is now apparently 6.2 percent OK, and would be 20 percent OK if the BNP polled 20 percent of the vote.

There is nothing “democratic” about these spurious arguments. For starters, there can never be anything democratic about the state licensing the oppression and persecution of ethnic minorities. More fundamentally, democracy has to be based on equality. An organisation like the BNP that denies that equality cannot be considered democratic.

But the BNP is not just a racist party. It is a fascist organisation, dedicated to continuing the political project of Adolf Hitler and Benito Mussolini. It is important to understand this because fascism poses a specific threat to democracy, and all progressive politics, that marks it out from other forms of right wing reaction and bigotry.

The Russian revolutionary Leon Trotsky took a very different approach when he theorised fascism as it first emerged in the 1920s in Italy and then Germany in the 1930s. Trotsky noted that fascism was different from previous forms of authoritarian reaction because it made use of a mass movement based on the petit bourgeoisie – the lower middle class – shopkeepers, doctors, small businesspeople and the like. Its historic function is to smash the working class and all forms of democratic institutions and replace them with a dictatorship.

When capitalism is in a relatively stable condition this class tends to look towards the major political parties such as the Tories or social democratic parties. But during economic crises, Trotsky argued, “everything is turned on its head.”

The 1929 Wall Street Crash heralded the deepest slump in history. Europe’s middle class found that their world was collapsing around them. It was at this point that demagogues like Hitler offered a simple, racist, solution – Jewish international financiers and Jewish communists were conspiring to destroy society. Anti-Semitism was also used by Hitler to give his members a sense of superiority and provide a scapegoat for society’s ills.

Although fascism is based primarily around the middle class, as it grows it begins to recruit sections of the working class and the unemployed. It is a mass party that acts like a cancer and eats away at the democratic structures of society. Fascist parties create a street army designed to smash working class organisations. As Hitler’s Nazi propaganda chief, Joseph Goebbels, said, “Whoever controls the street also conquers the masses, and whoever conquers the masses thereby conquers the state.”

In the years following the First World War, the Italian fascist leader Mussolini cobbled together a street army from demobbed veterans – the Blackshirts. He used these gangs to spread terror on the left, beating up and murdering socialists and trade unionists. At the same time, he posed as a respectable “patriotic” politician and persuaded Italy’s rulers to hand power over to him.

A decade later Hitler deployed the same tactics in Germany. His Brownshirts were used to physically attack the left while the Nazi Party contested elections on a platform of nationalism and race hatred against Jews. Again, the ruling class eventually handed power over to him. The result was the Holocaust – the murder of 6 million Jews.

Fascist movements come to power under two conditions. Firstly fascists have to prove to the ruling class that they are powerful enough to terrorise and smash the working class. The second condition is that sections of the ruling class are so desperate that they are prepared to abandon traditional methods to defend their interests and instead look towards fascism as a solution.

In the past the ruling class had turned to the police or the army to maintain its position at the top of society. But as revolution swept across Europe in the early 20th century these tactics started to fail. The police were unable to put down mass strikes involving millions of workers. If fascist parties are allowed to create a mass base, they are able to do what the police and army cannot. It is in situations like this that sections of the ruling class can look towards the unthinkable. Fascist parties may talk about a “Third Way” between capitalism and communism, but ultimately when they have taken power they have always run society in the interests of big business.

It is this dual approach of organising street thuggery on the ground while maintaining a level of political respectability and standing in elections that is the defining characteristic of fascist politics. Fascists exploit the space afforded to them by democracy in order to take it over and smash it. They are counter -revolutionaries who want to forcibly reverse even the limited democratic rights we have.

Thankfully we have seen nothing on this scale in Europe so far. But the warning signs are there. The victory of fascist parties in the European elections has seen a massive increase in attacks and murders of Roma people by fascist gangs in Eastern Europe. We have also seen attacks on Romanian Roma in Northern Ireland and rampaging right wing thugs in Luton attacking Asian shops in May.

But we also understand that fascists aim to control the streets and must therefore be physically confronted and defeated by a mass movement. Attempting to defeat the Nazis solely through peaceful and constitutional means is at best futile and at worst positively dangerous.

Whenever the BNP gets its claws into a community, racist attacks and murders rise. They must not be allowed to become a fixture on our television screens and in our newspapers. Nor can we let them hold meetings, rallies and press conferences without protesting against them and disrupting their activities where possible.

The history of Italy in the 1920s and Germany in the 1930s stand as terrible warnings of what fascists can do to democracy if politicians give them the benefit of the doubt and grant them democratic rights. But the tradition of militant anti-fascist mass movements has a track record of success, from the Battle of Cable Street in 1936 to the Anti Nazi League in the 1970s and early 1990s.

We urgently need to reactivate that tradition today to deal with the increased threat of the BNP. We need to win the argument that democracy is best defended by shutting the fascists out – an argument that is all the more pertinent now that the Nazi BNP has got its jackboot wedged firmly in the door.

The socialist approach to opposing fascism, in contrast, understands that pandering to right wing arguments over Muslims and immigrants only helps to encourage the poisonous atmosphere from which the BNP draws strength. We root ourselves in a tradition of working class anti-racism that fights for black and white unity and defends minorities from those who would scapegoat them.

And we need to demonstrate in practice that socialists have the best understanding of who the fascists are and how to fight them effectively. Building that fight is a crucial part of a wider struggle against poverty and racism – and ultimately against the capitalist system that is responsible for generating those evils in the first place.

To Vote or Not to Vote? 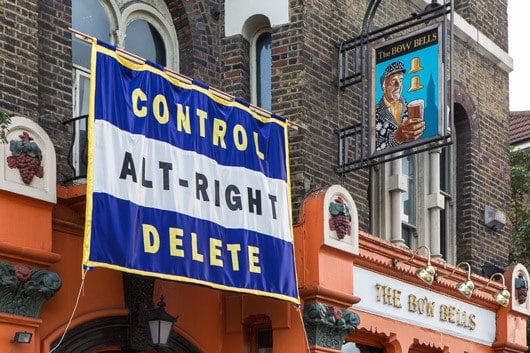 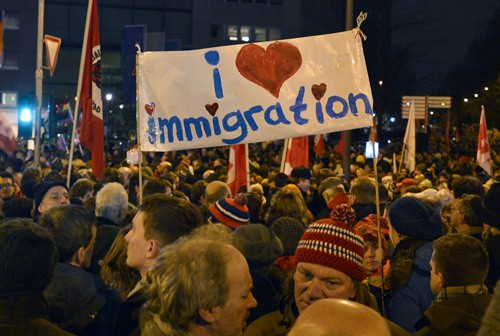 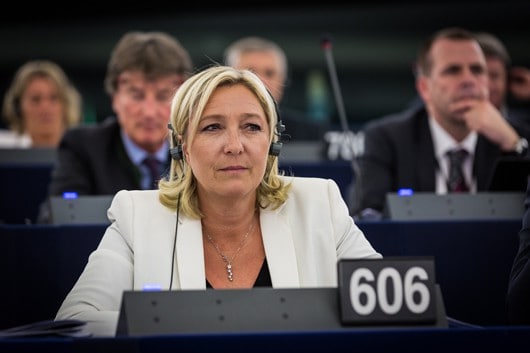