Nothing Great About Britain

At a time when the music industry’s fat cats are once again tightening their grip on the grime scene, Slowthai’s highly anticipated new album defies genre boundaries with a dirty, grimy album of class struggle and resistance.

Fresh off his “99p tour”, the 24 year old’s debut LP, Nothing Great About Britain, is a refreshing injection into the UK hip-hop scene, combining multiple genres that were popular during his childhood in Northampton. This has secured Slowthai (Tyron Frampton) a place at the top of the UK grime scene.

However, this album is far from his musical roots of freestyling on the streets, with no two tracks sounding the same.

This album was never intended to be easy listening within the norm. The harsh, forced lyrics with punk, electronic and stoner beat influences, allow him to tackle controversial and hard-hitting topics.

This has allowed Frampton’s message to climb up the rankings, despite him being despised by the industry.

After his appearance on Tyler the Creator’s latest album, IGOR, we can expect big things from Slowthai this festival season.

Since the release of “T N Biscuits” back in 2017 Slowthai has been dropping a steady stream of tracks incorporating several genres in the lead up to “Nothing Great about Britain” which outlined the hard anti-establishment theme we could expect from the album. Frampton quickly rose in popularity gaining millions of views on each track.

He is very clear to outline the dangers of the political elite, toxic masculinity and nationalism influencing working class communities.

The album opens with the title track, which is a nostalgic taste of Frampton’s experience in austerity Britain, with the hard-hitting, anti-monarchy outro of “I will treat you with the utmost respect, only if you respect me a little bit Elizabeth”.

Lowkey’s album Soundtrack to the Struggle put political music back at the forefront of the UK grime scene.

Slowthai’s album is not so overtly political, but rather a chronicle of personal experience rooted in a sharp awareness of the austerity Britain he has grown up in. This is why his music resonates with so many people.

However, this album screams resistance in every single sense. The album cover features Frampton in stocks in front of the estate where he grew up. Recently residents got eviction letters.

Slowthai isn’t afraid to confront the dangers of gentrification and austerity. In his track, “Grow Up” featuring Birmingham grime artist Jaykae, he refers to the inflation of a 99p cone and the harshness of life on council estates.

The two Midlands giants combine to produce lyrics of solidarity such as, “Fingers in the air for my brothers on porridge” while expressing a lot of hometown respect and appreciation of the community.

Nothing Great About Britain is a personal journey through Tyler Frampton’s life, which was influenced by outspoken artists such as Sid Vicious, Bob Marley and Kurt Cobain. The album doesn’t glorify money, cars and drugs or objectify women — which is unfortunately all too common within the scene. Frampton defies the norm and does the opposite.

Who knows what we can expect next from the self-declared “Brexit Bandit”; I’m very excited to find out. 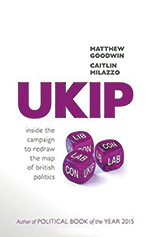