Nothing to lose but their chains

This article is over 10 years, 3 months old
Since 17 April 2012 (Palestinian Prisoners Day) a new wave of resistance has been launched by political prisoners in Israeli jails. Around 1,600 prisoners declared that they were starting an indefinite hunger strike, referred to as the "Karama" (dignity) strike.
By Riya Al'Sanah
Downloading PDF. Please wait...
Tuesday 01 May 2012

This marks the biggest collective hunger strike led by prisoners since 2004.

The strike was sparked by two prisoners, Khadir Adnan and Hana Shalabi. Both have been released after 66 and 53 days of hunger strike respectively.

Both were protesting against the policy of administrative detention that has led to the jailing of almost 5,000 Palestinian political prisoners in Israeli dungeons.

Administrative detention allows the Israeli state to hold prisoners indefinitely on secret evidence without charging them or allowing them to stand trial.

The campaigns of Shalabi and Adnan divided activists’ after some argued that if Israel had any evidence against them it must be used to “justify” their imprisonment. This is a dangerous precedent. As a colonial state, Israel locks up political prisoners because they are fighting for freedom and liberation. The only thing that is “illegitimate”, therefore, is the Israeli state itself. This means that both the administrative and the “ordinary” Palestinian prisoners are equally illegal.

The Karama hunger strikes signal a unity that has overcome previous divisions which have hampered the Palestinian liberation struggle. With the involvement of the Popular Front for the Liberation of Palestine, Hamas, the Democratic Front for the Liberation of Palestine and the Islamic Jihad, this represents a unique moment of unity which challenges the Israeli occupation and puts the prisoners at the forefront of the struggle. Unfortunately Fatah has not joined the protests.

Inspired by the prisoners’ steadfastness and resistance, Palestinians in the 1948 territories, the West Bank, Gaza and Jerusalem, quickly responded. Grassroots organisations, youth clubs and the families of prisoners became an integral part of the solidarity mobilisations.

The solidarity was not confined to the borders of historic Palestine, but also broke through to the international community and the diaspora. Demonstrations were organised, vigils were held, petitions were signed and thousands of people attended rallies of solidarity in Gaza and the West Bank. There was also a social media campaign on Twitter and Facebook.

Such coordinated action between different parts of the Palestinian struggle has not existed for a long time. This pressure, coupled with the fear of what would happen if a third intifada exploded in Palestine, has got the Israelis worried. The Israeli state cannot deal with a Palestinian uprising, especially when its traditionally secure borders (Egypt and Syria) are increasingly vulnerable.

The Palestinian prisoners are learning the lessons of the Arab Spring. They have now allied themselves with prisoners in Bahrain, declaring in a solidarity letter that they are all part of the same struggle against colonialism and oppressive puppet regimes. A number of Palestinian prisoner groups also signed a letter condemning G4S (the security company for the Olympics) which also provides equipment for Israeli jails.

Now that Palestinian prisoners have escalated their struggle, so must we escalate our solidarity. The hunger strikes come after a year of rising civil disobedience, including the 15 March Gaza Youth movement and the Nakba Day protests by Palestinian refugees who broke through into Israel via the Golan Heights. This is the resistance that will come to be victorious, not the corrosive statehood project of Palestinian prime minister Salam Fayyad.

The courageous actions taken by Palestinian prisoners might prove to be the spark that could ignite resistance far beyond the walls of the Israeli dungeons.

As Palestinian prisoners shake off the cobwebs of division, which have in the past been a devastating obstacle, there is the potential for a new movement that finally brings Palestinians firmly into the fold of the Arab Spring. 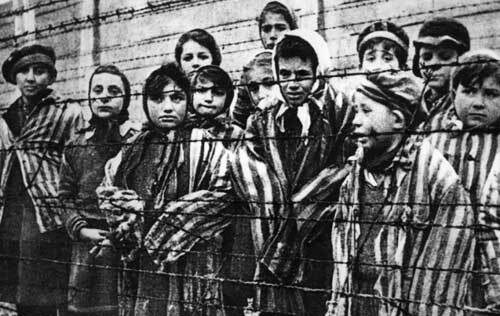