This article is over 1 years, 4 months old
A Promised Land, the first volume of former US president Barack Obama’s memoirs, reveals a politician determined to preserve the US’s global power. Brian Richardson praises Obama’s eloquence, but damns his record in office; one which saw the birth of the Black Lives Matter movement.
By Brian Richardson
Downloading PDF. Please wait...
Tuesday 29 December 2020

Mario Cuomo, the long-term governor of New York, famously suggested that politicians “campaign in poetry but govern in prose”. That could hardly be said of the outgoing US president who both campaigned and governed with a combination of racist populist rhetoric and bellicose Tweets. By comparison however, his predecessor is a renowned wordsmith.

Barack Obama swept to victory in 2008 with a simple yet inspirational rallying cry: “Yes We Can!”. The sense of exhilaration continued with a star-studded inauguration which culminated in a stirring rendition of America (My Country, Tis of Thee) by the queen of soul Aretha Franklin.

Behind the rhetoric though, the warning signs were already apparent. In his 2006 autobiography The Audacity of Hope the then rookie Senator candidly admitted, “I am new enough on the national political scene that I serve as a blank screen on which people of vastly different political stripes project their own views. As such I am bound to disappoint some, if not all of them.”

Four years after the end of his administration — and timed for publication within weeks of the 2020 contest — Obama has released the first volume of his presidential memoirs. Weighing in at over 700 pages, A Promised Land is a detailed account of life on the campaign trail and in the White House.

Obama confirms his talents as a writer and, perhaps even more so, as orator of the 29-hour-long audiobook. He skilfully weaves vignettes of life with his beloved family into a frank and fascinating insight into his first term. Clearly mindful of the fact he has often been criticised for having been too timid he repeats the observation about unrealistic expectations, before embarking upon a passionate defence of his record.

We are reminded that Obama inherited a catastrophe from his hapless predecessor George W Bush. The world economy had been crashed by the autumn 2008 banking collapse and the US was embroiled in the quagmires of Afghanistan and Iraq. Obama was also confronted by a Republican opposition whose thinly veiled racism ensured their intransigent opposition to everything he proposed regardless of the merits or consequences.

Obama asserts that he sincerely wanted to close Guantanamo Bay and ensure its detainees received due process. As commander-in-chief he was troubled by the responsibility of having to put soldiers in harm’s way and ordering the assassination of Muslim fighters rather than funding overseas development.

He wanted to move faster and further in promoting LGBT equality and, perhaps more than anything else, he desperately wanted to pass more radical healthcare reforms.

Many readers will doubtless be persuaded that Obama did the best he could, while others are prepared to give him a free pass on the grounds that his dignified presence in the White House was as important as his performance.

The plain truth is however, that Obama is a passionate proponent of the myriad myths associated with the “American dream”. As such, almost every decision he made was determined by his commitment to the preservation of the US’s pre-eminent position in the capitalist pecking order. Before he had even been elected for example, he was eager to endorse Bush’s rescue package in the wake of the banking collapse.

One of his first acts as president-elect was to persuade Bush’s defense secretary Robert Gates to stay on, and a key decision was to appoint Hillary Clinton as secretary of state. In so doing, this Nobel Peace Prize laureate ensured the continuation of the US’s imperial foreign policy.

His first achievement in office was the passage of a stimulus package, the terms and outcome of which continue to provoke fierce debate. Critics argue that among other things he should have nationalised the banks and prosecuted senior executives.

His response is telling. “Someone with a more revolutionary soul might respond that all this would have been worth it, that you have to break eggs to make an omelet. But as willing as I had always been to disrupt my own life in pursuit of an idea, I was not willing to take those same risks with millions of people. In that sense, my first hundred days in office revealed a basic strand of my political character. I was a reformer, conservative in temperament if not in vision.”

Another well-worn phrase is that “all political careers end in failure”. Obama would despise any association with Enoch Powell — the ignominious author of those words — and volume two will no doubt be similarly eloquent and pugnacious.

The evidence is damning, however. It was on his watch that police brutality and yawning inequality led to the founding of Black Lives Matter and instead of leading his country to a promised land, Obama paved the way for the hell that was the presidency of Donald Trump. 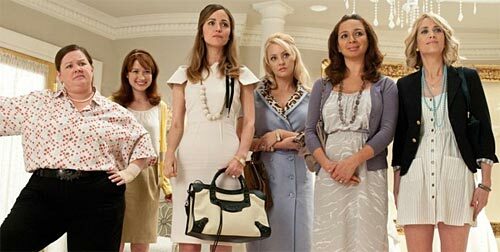 Bridesmaids: laughing together, not laughed at 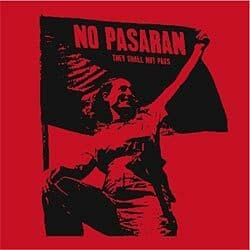