Barry Hines was born into a mining family in Hoyland Common, a pit village near Barnsley, in 1939. He qualified as a teacher and taught in Barnsley secondary schools before becoming a full-time writer. Hines’s work is characterised by his ear for dialogue, his sympathetic use of Barnsley dialect and his identification with working class struggles.

Hines sides with the downtrodden and revels in how they fight back. His characters find humour in the bleakest of situations, from youth unemployment in Looks and Smiles (1981) to class conflict between the aristocracy and agricultural workers in The Gamekeeper (1975).

Hoyland Common and the surrounding countryside figure in Hines’s 1968 novel A Kestrel for a Knave (filmed by Ken Loach as Kes in 1969) and The Heart of It (1994). Those two novels plus The Price of Coal, which was a two-part BBC play in 1977 (turned into a novel in 1979), form a trilogy on miners and mining communities.

A Kestrel for a Knave tells the story of Billy Casper, about to leave his secondary modern school. He is bullied by his miner brother and largely ignored by his mother. The education system has failed him. As Billy comments about his teachers, “They’re not bothered about us, just because we’re in 4C…they talk to us like muck.” Yet since he was young, Billy has been interested in birds. His potential flowers as he trains a young kestrel. He teaches himself from a falconry handbook, showing great perseverance and skill. Yet at the end of the book there is little hope for Billy.

The Price of Coal is set in a pit getting ready for a royal visit, which then has a fatal disaster several weeks afterwards. It was screened in the year of both the Silver Jubilee and the Labour government’s plans to impose a divisive productivity scheme on the National Union of Mineworkers (NUM). The novel takes sides on both questions. Hines ridicules the preparations that management make to get the pit ready for royalty. At the same time he shows the pressure on management to increase production which leads to the fatal explosion. The central character, Syd Storey, is opposed to the visit, and highly critical of his NUM branch officials. He argues that they are only getting the visit because their officials are “as soft as shit and wouldn’t oppose it”. He, and the NUM officials at militant neighbouring pits, are called extremists by Meakin, his branch secretary. Syd replies that Meakin is trying “to discredit anybody who’s not walking hand in glove with management…who puts the interests of the men first”.

The Heart of It develops that theme further. It spans the mining industry from nationalisation to privatisation while concentrating on the 1984-5 strike. It focuses on the Rickards family. Harry Rickards was NUM branch secretary for 26 years and a strike stalwart. He can barely speak, having had a stroke. Harry is a lifelong Communist for whom the Russian Revolution felt like a “dawn of hope and promise of a better world”. Harry’s estranged son Karl returns home and starts to discover what his village endured during the strike, from police riots to picket line violence. He finds how the community organised to get through, including his mother Maisie’s leading role in the Women’s Action Group.

Maisie’s funeral oration for her husband sums up the ongoing spirit of resistance: “All Harry wanted…was a just society. And the battle’s not over, not by a long chalk… We might have lost the strike [but we showed] what you can do when people work together…fighting for a cause.”

Barry Hines knew which side he was on. He will be missed. 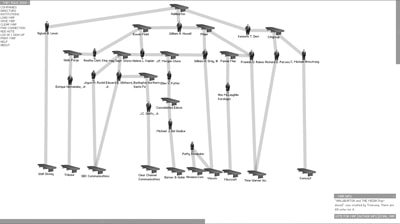