As a theoretician and energetic organiser Jacek Kuron was probably the most able oppositionist in Poland before the collapse of Stalinism in 1989. In the last few years of his life Kuron encouraged the anti-capitalist movement. In April he wrote to people protesting against a Warsaw conference sponsored by the World Economic Forum, ‘You, my dear friends, have to achieve what today’s elites are not able to do – create a new conception of social cooperation, realise the ideals of freedom, equality and social justice.’ Two years ago he wanted to travel to Florence for the first European Social Forum, but ill health stopped him.

Kuron was also a vehement opponent of the occupation of Iraq, which he called a ‘shameful adventure’.

But he was also labour minister in two post-1989 governments that introduced IMF-approved ‘shock therapy’. He has apologised several times for this, saying recently that he was ‘responsible for the new order in this country and I have to say, “I am sorry, I fucked it up”.’

As a young man Kuron was a Stalinist. Later, helped by some of Trotsky’s writings, he decided that Poland was the opposite of Marx’s idea of socialism. With Karol Modzelewski he wrote the ‘Open Letter to the Party’ in 1965. It took a lot of courage to write in a police state that ‘the ruling bureaucracy is anti working class, an enemy’, and call for its revolutionary overthrow. Kuron got three years – Modzelewski six months more, thanks to an anti-Semitic prosecutor. Typically Kuron demanded, unsuccessfully, that he receive the same sentence.

The ‘Open Letter’ is a terrific read, the best Marxist text from the Eastern Bloc. It describes Poland as a class society in which workers were exploited, similar to western capitalism. It warns that ‘western imperialism will try to take advantage of our revolution to supplant the dictatorship of the bureaucracy with the dictatorship of the capitalist monopolies, which is in no way better.’

This could have been the founding document of a new revolutionary organisation. Unfortunately it was not to be. Soon after Kuron and Modzelewski left prison they became key organisers in the student movement of 1968 in Warsaw. The regime responded with brutality and anti-Semitism, forcing most of the tiny post-Holocaust Jewish population to emigrate. Kuron and Modzelewski were locked up again, branded as instigators.

In prison Kuron pretended he was a Jew to protect an older Jewish man from harassment. It was now that Kuron stopped being a Marxist. His isolation, the lack of support from an organisation of like-minded people, meant that he was influenced by other ideas. Ironically, mass strikes and rioting broke out in December 1970. Kuron wrote, ‘The great worker revolt. Everything is upside down. As soon as I stopped being a Marxist this philosophy began to prove itself correct.’

Nevertheless he played a key role in strengthening workers’ organisation. In 1976 he became the leading founder of the Committee for Workers’ Defence (KOR). KOR defended workers who had been sacked, beaten and arrested for striking and rioting. It organised a nationwide network of supporters which later produced workers’ newspapers. Lech Walesa, who later led Solidarity, circulated the Coastal Worker.

Kuron launched his famous slogan, ‘Don’t burn the committees [meaning the local party buildings], set up your own’. This sensible idea encouraged workers not to allow themselves to be smashed on the streets but to organise on the basis of strength. So in 1980 Kuron’s flat became the nerve centre for workers around the country, informing them that strikes were winning and that it paid to strike. Soon after the Gdansk shipyard occupation began in August 1980, Kuron was imprisoned again. The famous Gdansk agreement of 31 August 1980, conceding the right to form independent unions, was not signed until Kuron and other dissidents were released.

The shipyard occupation led to the formation of interfactory strike committees which created Solidarity. The ‘Open Letter’ had argued for these kinds of committees to organise a new, democratic society. Instead Kuron pushed the idea of ‘self limiting revolution’. He had the clout to argue for the 10 million-strong Solidarity to take power – but now his ideas helped disarm the movement, and martial law was declared in December 1981. Kuron was interned. In all he spent nine years in prison.

On a personal note, I met Kuron to enlist his support for the ESF and the anti-war campaign. He was incredibly friendly, approachable and argumentative. He still had a great respect for Marx. On my way out of his flat I asked whether, since he was no longer a Marxist, could he give or sell me some of his collection of Marx’s works? ‘Get stuffed’ was his reply.

He was perceptive about the Russian Revolution of 1917. In his last book, published in 2002, he recalls that his father had fought against the Bolsheviks in 1920, which did not prevent him being ‘moderately sympathetic’ to them. Kuron comments, ‘I recall this episode thinking about younger readers who only associate the Bolsheviks with the Gulag Archipelago. In the first years of the revolution it was not so simple. There were great hopes in the Bolsheviks. In Russia and beyond.’

Let’s leave the final word, a characteristic call to action, to Jacek Kuron from his open letter ‘To My Friends the Alterglobalists’ [anti-capitalists]: ‘The future of the world lies in your hands – you have to fulfil this role, for if not you, who?’ 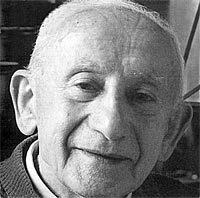