This article is over 10 years, 4 months old
Writers for the 99%
By Ellie May
Downloading PDF. Please wait...
Wednesday 01 February 2012

There have now been thousands of blogs, news articles and critical commentary on the Occupy movement since it emerged last September in Wall Street. This book, as the title would indicate, contains the “inside story” of the Occupy Wall Street (OWS) movement and what it was like to be on the ground.

It begins with how the Occupy movement was inspired by the Arab revolutions and the Spanish indignados. Each chapter begins with pictures sketched directly from the occupation, some smudged with charcoal, others with line drawings and sketches of people and placards, which adds to the feel that this book really was created by the 99%. With all proceeds going to the OWS movement you can’t help but feel that this book, with its cardboard, seemingly handwritten cover, came directly from a tent somewhere in Zuccotti Park. It really is a lovely book to touch!

The narrative is fast-paced and descriptive throughout. There are stories from those who were at the first planning meetings and the initial reclaiming of Wall Street. We are introduced to the new language of GAs (general assemblies) that characterised the Occupy movement globally. Reading the accounts from the very beginning really demonstrates how widespread the movement became. Any of the accounts could be Occupy London or Occupy Melbourne. These different protests, although far from homogeneous, seem to have risen from the same motives and anger and have replicated the blueprint that OWS has set.

Not only does this book give an overview of events, it also tells us what it was like to spend a day in the occupation. I found this particularly interesting as it is easily related to the problems faced by OccupyLSX in London (or indeed anywhere else).

The movement has been deemed exceptional due to its political diversity and for not having a set aim or demand. It seems to have sprung from pure anger and resentment for the very basis of the system itself – capitalism. As the camp became more crowded, these differences became divisions.

No story has an author, no picture has a signature and each part of this book was written with the intention of voicing the truth about the Occupy movement with all credit due to the occupiers as a whole.

Everyone is an individual yet they speak with unity. The reader is taken into the heart of the occupation, to the excitement and explosive nature of a movement that reawakened the US to political injustice.

Occupying Wall Street is published by OR Books, £10 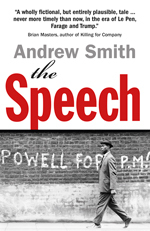 Why Join a Trade Union?