Paul Le Blanc adds to a rich tradition of historical analysis that shows a clear discontinuity between the Russian Revolution of 1917, as well as some bright periods of pluralism and worker self-organisation, and the later Stalinist dictatorship.

Le Blanc, in a simply-written, concise book, depicts all phases from pre-revolutionary Russia, to the period after the overthrow of Tsarism, the mixed economy, the New Economic Policy (NEP) and the Stalinist years.

He demonstrates the periods of pluralism and freedom of expression in the workplace and collectively printed newspapers. It is evident that the Bolsheviks, more persistently early on, and less frequently in the 1920s, sought to promote debate by allowing opposition within their own government and by Lenin himself. Nevertheless, Le Blanc argues that two types of factors counterbalanced these efforts.

The first, which elicited brutal responses from the Bolsheviks that periodically affected freedom of speech, is that of external circumstances, and more specifically, the impact of civil war, foreign invasion, and economic shortages.

These “exogenous factors”, Le Blanc argues, led to the first authoritarian responses from the Bolsheviks, vividly demonstrated by Lenin’s letter regarding the situation in the province of Penza, asking to “hang no fewer than 100 known kulaks,” which Trotsky explained was justified against counterrevolutionaries.

Le Blanc explores whether there were alternatives to the response of Red Terror. Despite an understanding that such brutality was never the intention of the Bolsheviks (in the absence of White Terror), Le Blanc accepts that Lenin bore some responsibility for the brutalities, arguing that “he can hardly be absolved from contributing to the culture in which [these events] could take place.”

Le Blanc clearly identifies those “endogenic” responsibilities to be caused by “blind spots” in the Bolshevik theorisations. Most interestingly, instead of being merely apologetic, he does not shy away from noting the main three points on which, in his opinion, Bolshevik theory lacked: on democracy, the nature of peasantry, of bureaucracy and the effects that it could have in their efforts for socialist construction.

Although Le Blanc does a remarkable job in outlining these limitations without degrading or dismissing the Bolshevik tradition, there are two important points that should be further stressed when discussing these Bolshevik “blind spots.” The first, which he briefly touches upon, is of a complete lack of knowledge on how to run industry on the part of both the Bolshevik leaders and the masses of workers.

The second point addresses Lenin’s and Bolsheviks’ wager on the October revolution — one that would clearly trigger a brutal response from the capitalist establishment, but within the country and outside of it. The response to such opposition, and particularly the preservation of the democratic process already inaugurated and the capacity to run the economy, should have been theorised and discussed well before the action was launched.

All in all, Le Blanc’s book is a valuable addition among historians who are both sympathetic of the revolution and critical of how events evolved. However, Le Blanc’s most important contribution, which distinguishes his thought, is his persistent search for lessons from among mistakes. His work is not merely an analysis of historical events to praise the revolution and separate it from “Communist Tragedy”; rather, it is an attempt to identify tangible errors on which we can work and benefit from in future struggles. 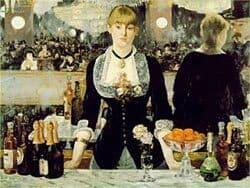 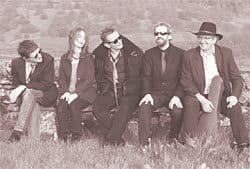