The vast fossil fuel reserves of present day Azerbaijan have been exploited for centuries. Today it is the start of the 2000km Baku-Tbilisi-Ceyhan (BTC) pipeline that pumps one million barrels of oil daily to be loaded at the Turkish port of Ceyhan on tankers bound for European markets. The Oil Road exposes the corrupt relationship between oil companies and governments that put millions in companies’ pockets while causing misery for those living in the pipeline’s path.

The impetus for the BTC – the Oil Road of the title – came from Washington, London and Brussels, all looking for “energy corridor” that would both bypass Russia and guarantee a supply of oil and gas to the global market by giving governments via the oil company BP control over the supply route. In the early 1990s Azerbaijan was in a situation Western governments and BP could exploit: the USSR had just collapsed, the local economy was depressed, and there was a desire for recognition as an independent country.

Leader Heydar Aliyev was willing to mortgage resources to get hard currency and, hopefully, regain the land it lost during its war with Armenia. Georgia and Turkey had similar reasons for signing on to the project. The deal eventually agreed upon has been called the “Contract of the Century” and what the FT later dubbed “the most controversial pipeline project” in history for what the host countries gave up and what BP won.

In Baku, near the start of the authors’ journey along the pipeline route, they spoke with a human rights activist about how oil projects allow authoritarian regimes to gain wealth from resources rather than citizens’ taxes. Oil companies get rights over the oil and leaders gain the right to rule the country as they wish, including using brute force to silence opposition to the regime, and removing freedom of assembly. When in Georgia, residents told how the pipeline runs only 25m from their homes, and how digging the pipeline ruined irrigation channels for their crops. They felt BP and government were not listening to their concerns, so they blockaded the highway to their village. According to one resident, the police badly beat everyone protesting, even the children.

Some people lost more than freedom of assembly – they lost the safety of their homes and land making their livelihood due to pipeline construction and the security corridor. A quarter of the way into their journey an Azeri villager tells how during pipeline construction a 40 metre wide trench was dug, the topsoil removed, and for several years farmers were unable to use their fields.

Some families received compensation, while others did not, or the wrong people did. Similar stories arise at all points along the pipeline, with BP refusing to deal with the issues. In another Georgian village people are separated from traditional pastures, forests and hot springs by armed government troops protecting BP’s infrastructure.

Security along the pipeline is entrenched in Host Government Agreements: all three countries are required to defend the pipeline with their own military. In Azerbaijan, there were cutbacks to social services, agriculture and transport to fund the police and army. In Georgia, a pipeline transit country, nearly a quarter of the budget is spent guarding a pipeline from which it receives no economic benefit.

Host Government Agreements allowed BP to negotiate its way to a position above the law. In Georgia, the preferred pipeline pathway was to come close to Borjomi National Park, whose rivers are the source of the famous mineral water accounting for ten percent of exports. The Georgian environment minister had refused to sign off the pipeline route until she was escorted late one evening to the president’s office, emerging hours later to admit she had signed off. She explained that pressure came from BP and was directed not just on her but also on the president. Host Government Agreements guarantee “freedom of petroleum transit” and as a result the countries gave up their power to protect their citizens from environmental damage and health hazards for 40 years. The agreements override all existing and future laws because “the foreign companies want confidence”.

The Oil Road brilliantly sums up the folly of a system that exploits nations for profit, letting people live in poverty while millions of dollars in oil flow underground. There are few books that have done as good a job showing the links between companies and national governments, and providing all the evidence needed to continue the struggle against allowing this to continue. With many oil pipeline projects presently in negotiation, this is an important book for activists. While the authors do not put forward an alternative to this system, they certainly do not fail to provide motivation for the search.

House divided against itself 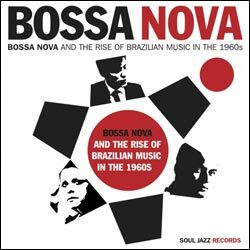