Oiling the Wheels of Business

Shell is in trouble. Despite being quoted as ‘the world’s most profitable company’, it has been accused of fiddling its books and lying to shareholders. In an oil-accounting exercise that would make Enron proud, it has overstated oil reserves in Nigeria, allegedly in order to squeeze more cash out of the corrupt regime. However, as Okonta and Douglas show at length, this is the least of its worries.

Their passionate history of the Niger Delta over the last 150 years takes us from slavery, colonisation and murderous multinationals to rebellion, resistance and organisation. The impact of Shell (and the other oil multinationals) has been immense.

The mass production of palm oil to grease the machines of early industrial Europe began the process. But the discovery of crude oil a century later in the 1930s has had the biggest impact on one of the world’s most fragile environs. Nigeria has been left littered with wells, oil spills and exploration sites. The sites are placed wherever oil may be. People, animals, rivers and fauna are displaced at the whim of an oil giant. And yet the problems continue.

Natural gas is released when the oil is pumped. This could of course be sold as it is elsewhere around the world. But in Nigeria it is simply burnt off, leaving the air heavy with thick black clouds and fires that give the impression of permanent daylight. And whereas in Scotland the oil pipes themselves are buried, in Nigeria they lie like a scar on the landscape and literally divide communities.

The impact on Nigeria’s population has been disastrous. Many jobs are reserved for foreign employees, as the oil companies can claim grants for ‘expert staff they have to import’. Many more livelihoods have been destroyed – such as fishing, farming and associated trades – and every new spill or pipeline destroys more.

When British colonial rule finally left Nigeria in the 1950s, hopes for a new, democratic Nigeria soon evaporated. At times there have been elections. Sometimes the result has even been implemented. But at all times the squabbling, corrupt, parasitic ruling class has kept control. This has mainly been through competing army generals who have acted with utmost brutality whenever they have felt it to be necessary. At one point, after the army ran amok in a village, a general called a public meeting to explain to the survivors why they deserved the treatment they got! And while the rulers may have been fighting against each other, they have always managed to make sure that Shell has never been hindered in its extraction of resources.

The people of Nigeria have not just sat and accepted their fate. What makes this book so readable is that opposition plays a central part in the story. Many of us have heard of Ken Saro-Wiwa, who headed the Movement for the Survival of the Ogoni People (MOSOP). They succeeded in pushing Shell out of the Ogoni region. For this, Saro-Wiwa and eight other compatriots were murdered by the Nigerian regime. Shell of course denies any responsibility. Yet they boasted to Saro-Wiwa while awaiting his death sentence that they could get him freed if only he stopped the resistance. However, these nine murders have only helped spread the mood of resistance and brought the plight of the Nigerian people to a worldwide audience. More communities have organised against the multinationals and their client regime. This movement is chronicled in great detail.

The book finishes with Saro-Wiwa’s pre-conviction speech at his show trial. He talks of the inevitable victory for the people of Nigeria. Quite how this will come about is not at the crux of this read. The object of this book is more to inform us of the crimes and corruption of rulers and oil bosses. And if ideas are weapons, then this book is a very powerful arm to possess. 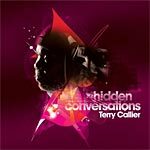 A World to Win