This book claims to have discovered new evidence of a biological basis for race. Until recently the dominant view was that black people were significantly different in biological terms from whites. Such a view was dealt a hammer blow when scientists started to compare the actual genetic differences between races.

In a famous early study, Richard Lewontin compared 17 genes in different human populations. He showed that the genetic variability between different individuals of one racial type was far more (85 percent) than the difference (15 percent) between average individuals of one racial type compared to those of another. Thus, despite the fact that human groups vary in a few highly visible characteristics, the differences between us are literally skin deep.

Lewontin’s study was based upon a limited number of genes. But when the whole of the human genome was mapped in 2003, it provided a strikingly similar picture, showing that approximately 99.9 percent of the human genome is the same in everybody, and that there is greater genetic variation within each race than there is between races. Dr Craig Venter, one of the key figures involved in the private initiative to map the genome, concluded that the level of genetic similarity shows that ‘race is a social concept, not a scientific one’.

These revelations followed developments in social sciences like anthropology, which had earlier begun to question the whole scientific validity of racial categories. Many anthropologists, particularly those influenced by Marxist ideas, began to realise that the concept of race essentially arose as a justification for the monstrous slave trade.

All this is anathema to the authors of this book. They claim to have evidence that race does have a biological basis. For instance, they argue that Stephen Gould’s great book The Mismeasure of Man, which demolished the scientific basis for claims that black people were less intelligent than whites, is itself based upon flawed data. But they present no real evidence to back up this claim or others that they make. As one scholarly reviewer puts it, this is a book that is ‘full of anecdotes and unsupported claims for genetic determinism and that has far fewer citations of peer-reviewed literature than do most popularisations’.

The authors make a lot of the fact that different groups of humans differ morphologically from each other far more than do other animals. I fail to see why this is such a startling revelation. One of the major differences between humans and other animals is that we have spread out across the globe to occupy practically every conceivable habitat, from the snows of the Arctic to the deserts of Australia. This has influenced the way we look. Southern climates favour black skin for protection from the sun and a flat nose to dissipate heat, while northern climates favour pale skin so as not to block vitamin D production and a pointed nose to warm the cold air being breathed in. In contrast other animals tend to occupy a much smaller, more uniform habitat so they indeed tend to look more similar. This doesn’t mean the genetic differences between humans are anything but trivial ones.

Despite their attempts to present their arguments in the guise of science, Sarich and Miele reveal their true colours towards the end of the book. They believe that the US is a meritocracy where ‘everyone and every group benefits, on an absolute scale’, conveniently ignoring the fact that Americans work longer hours for less pay than in the 1960s, or that millions are denied access to healthcare.

The authors also argue that attempts to positively discriminate in favour of blacks and Latinos will only result in failure because ‘it can in no sense make [such] groups equal’ with whites, thus completely rejecting the idea that lower levels of achievement are related to poverty and racist discrimination.

But these are the most lucid of the claims made by the authors. I quite enjoyed some of their more surreal explanations for the state of the world, such as their claim that people who carry out suicide bombings do so because they feel ‘deprived of wealth, status, and especially females by up-and-coming members of a different race’, the latter, I presume, being white American males. So while this book won’t provide you with any real scientific insights into the concept of race, it does provide an insight into the mindset of the sort of Americans shaping George Bush’s social policy. 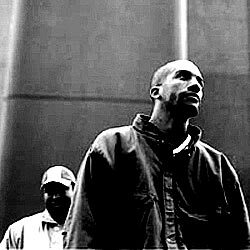 Can you tell your friends from your enemies?

The Laughter of Our Children