This article is over 17 years, 10 months old
Millions of Windows computers infected with the My Doom virus, major security flaws exposed in some systems and the leaking of some sections of the Windows source code will probably mean that among Microsoft executives February 2004 will be remembered as a bad month.
By Martin Empson
Downloading PDF. Please wait...
Thursday 04 March 2004

All this will also make many people question what it is about Microsoft‘s software that makes it so vulnerable. The answer lies partly in its practice of rushing software out so flawed that it requires huge updates as soon as it is installed.

This is why later versions of the Windows operating system continually check Microsoft‘s website for automatic updates – errors, bugs and problems are so common that it is simpler for Microsoft to build in a self update system rather than attempt to release better code.

So what‘s the solution? Well, it‘s doubtful that Microsoft will improve – its virtual monopoly on software across the globe guarantees that.

Many people point to Open Source software as an alternative. As the name suggests, the idea behind Open Source is that everyone can access the basic computer code that makes up the computer program. Problems can then be worked on by anyone who owns the software. This leads to another benefit that Open Source enthusiasts often point to – its collective nature.

The internet teems with sites dedicated to people working together like this. The most famous Open Source operating system is Linux. Many websites dedicated to Linux attest to the volume of people who have collaborated on the final product with no financial ambition.

Microsoft‘s monopoly on computers means that you can‘t simply run a computer that ignores other products. This is where free software like Open Office comes in. Developed originally by a company horrified at the cost of purchasing Microsoft‘s products, this is a free system designed to open all those Word documents without requiring you to shell out to Microsoft.

Of course, nothing is perfect. Increasingly some companies see using Linux as a way of breaking the Microsoft monopoly, but at the very least the Open Source movement shows that it is possible to produce software on a collective, not for profit basis. 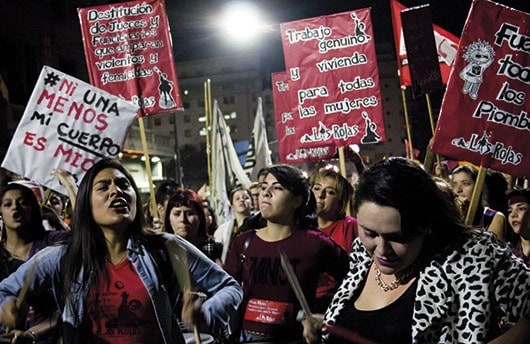 Opportunities and challenges for the left in Argentina

Kosovo: The Myth of Liberation