This article is over 19 years, 1 months old
George Orwell was one of the most influential writers of the 20th century. On the hundredth anniversary of his birth we examine the controversy around his work and his legacy for today. Paul Foot examines why much of the left rejects Orwell.
By Paul Foot
Downloading PDF. Please wait...
Tuesday 01 July 2003

As the Private Eye columnist Glenda Slagg might ask, ‘George Orwell? Arncha sick of him?’ As the hundredth anniversary of his birth – 25 June 1903 – comes and goes the literary media appear to have taken leave of their senses. Three more full-scale biographies have been produced to enlarge an already enormous pile. Orwell’s rather mediocre love life fills the gossip columns and the Guardian devotes its front page and the main piece in its weekly Review to an old story, first published (in the Guardian) seven years ago, about how Orwell gave a woman he fancied who worked for the secret service a list of names of people he suspected of being ‘fellow-travellers’ or Communist agents.

We socialists have a right to be bemused. What is the truth about this remarkable writer? Is he not, obviously, a creature of the right, if not the far right? Was he not feted by the US imperialist establishment for at least three decades? Were not his famous satires, Animal Farm and Nineteen Eighty-Four, required reading for the sons and daughters of imperialist America and Europe during all the long period of the Cold War? Even before that, was he not savagely attacked as a snob and a dilettante by Harry Pollitt in the Daily Worker in 1936? Was he not an Old Etonian and former police officer in Burma who never forsook that sad upbringing? Were not some of his reflections on the English people during the war nothing but fatuous expressions of jingoism? Is the grass really greener in England than anywhere else, as he claimed? Was he not an outright homophobe? Was the odious epithet ‘pansy’ one of his favourites when describing the socialist poets – Auden, Spender, Isherwood, etc – of the 1930s? Were not his attitudes towards women downright chauvinist? Were not his novels (aside from the satires) relatively third rate, lacking in any real understanding or appreciation of the human spirit? Above all, was he not a splitter, if not even a Franco agent, in the Spanish Civil War as well as the century’s most ardent opponent of the Russian Revolution and all that flowed from it, and did not his writing give the lie direct to all the socialists of his generation and the next who defended the revolution and its leaders?

Such is the indictment against Orwell which was the common view on the left for a generation, and was upheld in the 1950s by the New Left Review essays in Out of Apathy, and is still sustained by the Stalinist remnant in the British left. Much of the indictment is hard if not impossible to answer. But almost every part of it is balanced by a rather different picture of George Orwell’s life and works. How does the Pollitt picture of the reactionary snob fit the tramp and downmarket waiter who forsook all worldly wealth to put together the astonishing account of desperate poverty in Down and Out in Paris and London (1933) or The Road to Wigan Pier (1936)? How does the image of the splitter fit the young man who went to Spain to kill fascists where the only thing he managed to split was his own throat, shot through by a fascist bullet? How does his alleged support for McCarthyism and the Cold War fit his continued and vehement assertions that he had no truck with either? How does his distaste for the Russian Revolution fit his (admittedly occasional, but nevertheless emphatic) admiration for Lenin?

The key to the answers to all these questions (and to the almost paranoid hostility to him by Stalinists of all ages including this one) is that George Orwell was the earliest and most eloquent British writer to call himself a revolutionary socialist and yet denounce the influence and propaganda of the most powerful force to describe itself as socialist – Stalinism. As he admitted himself, he showed little or no interest in the Russian Revolution when it happened when he was 14. He wrote almost nothing on the subject until he went to Spain in 1936. In Barcelona he was bowled over by the workers’ revolution there. The first few pages of his book Homage to Catalonia, where the ‘working class was in the saddle’, are still one of the finest pieces of inspirational revolutionary writing. On the front, alongside Spanish and British fellow-fighters, he observed with mounting horror the crushing of that revolutionary fervour by agents of the Russian government. Such people, he deduced, were not socialists at all but ruthless envoys of a ‘mean state capitalism with the grab motive left intact’. He watched while his comrades were hauled off one by one to be questioned, tortured and in one case murdered by the Stalinist secret police. His fury at this process lasted for the rest of his short life. With it came an understanding, utterly at odds with conventional left wing thinking at the time, that any politics that emerged from Stalinists was no more or less than propaganda for the Russian government, and therefore was as likely as not to be reactionary and anti-socialist.

On his return from Spain he joined the ILP – the only mainstream organisation opposed to the war, but as the fascist armies lined up for invasion of Britain he swung right over. Yet even his most nationalistic expressions were tempered with a yearning for the sort of democratic and socialist revolution he had seen in Spain. The war could not be won, he reckoned, wrongly, without such a revolution in Britain. And among the enemies of such a revolution were the Communists, who campaigned for Tories and imperialists in by-elections.

Orwell got a job with Tribune where he wrote a weekly column full of unorthodoxy. All the staff there were supporters of Zionism, but not Orwell. He opposed it for the effect it would have on the people living in Palestine, and of course was denounced then and later for being anti-Semitic. His satire Animal Farm was equivocal about the revolution that starts it. ‘Old Major’, the revolutionary pig who inspires it, is not Lenin, but neither is he or the revolution reactionary. Orwell never set out his views on the familiar question, ‘Did Lenin lead to Stalin?’ On one occasion he thought ‘yes’; on another he agreed that Lenin would have opposed the Stalinist agenda. Either way, his support for the idea of revolution lasted right until the end of his life, when he finally surrendered to Cold War gloom and tuberculosis.

Socialists who are (as I have been) inspired by Orwell’s outspoken fervour and his clear writing style, but puzzled by the questions he never answered would be better off reading John Newsinger’s Orwell’s Politics than any of the interminable biographies now available. John shows how a proper appreciation of Orwell’s work owes a lot to the late Peter Sedgwick, a founder of the International Socialists, forerunner of the Socialist Workers Party. Sedgwick’s article in International Socialism (another one was promised but it never materialised) was the first real effort on the left to explain the attraction, the inspiration and the contradictions in Orwell’s work. For many of us socialists at the time, the article was an intellectual liberation. It led in my case to further reading and enjoyment of Orwell’s works, and a much greater understanding of the revolutionary inspiration and reactionary contradictions in them. One of Orwell’s many free speech campaigns was for the publication of Victor Serge’s Memoirs of a Revolutionary, a book eventually published in the early 1960s, beautifully translated by Peter Sedgwick. Like Orwell, Serge was part of a submerged tradition of anti-Stalinist socialist and revolutionary thought, a tradition that the combined obfuscation from both sides of the Cold War cannot suppress forever. 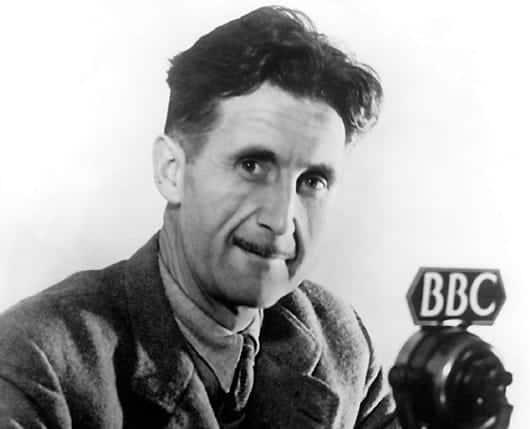 Orwell and the struggle for socialism