It is now established that all the perpetrators of the atrocious November 2015 attacks in Paris, like those of the Charlie Hebdo attacks in January, were born and lived in France. It is important for us to understand the internal French context in which these attacks happened.

The nauseating but expected Islamophobic backlash across the Western world and particularly in France will only add to the political and socioeconomic discrimination that French Muslims have been enduring for decades.

The French state, arguing its commitment to laïcité (which can be roughly translated as secularism) does not issue or recognise ethnic statistics; however, this does not mean that ethnic marginalisation is absent from French society.

French Muslims, who in their overwhelming majority are from an African (North African Arab countries as well as Sub-Saharan African) background, face widespread discrimination, with unemployment and poverty rates three times higher than the national average, and annual income 30 percent lower.

Those socioeconomic factors also include geographic segregation, as a high proportion of French Muslims — along with immigrants from other backgrounds — live in the suburbs of the largest urban areas, in the so-called “Sensitive Urban Zones” (SUZs).

Those neighbourhoods are characterised by a higher proportion of inhabitants from an immigrant background than the national average, higher unemployment rates, higher proportions of social housing, as well as higher poverty rates.

All the neighbourhoods that saw the youth uprisings in November 2005 were classified as SUZs. According to a French intelligence report (DGSE), youths that took part in the urban uprisings were “inhabited with a strong identitarian sentiment, not only based on their ethnic or geographic origin but also on their social exclusion from French society”.

Adding to this material context is a strong ideological offensive from the French state and the French right wing during recent years. The 2004 law banning the Islamic headscarf from being worn in public schools in the name of laïcité, the creation in 2007 by right-wing president Nicolas Sarkozy of a “Ministry of Immigration, National Identity and Integration”, as well as numerous examples of “ordinary racism” by politicians and mass media, are part of an attempt to construct a “Muslim problem”.

They also approach immigration from an “integration” point of view, the underlying message being that there is something inherent to Islam that prevents French Muslims’ “integration” in French society and their acceptance of so-called “Republican values”.

This serves to create antagonisms between ordinary people who share a common interest in fighting the ruling class, while concealing socioeconomic realities behind a constructed cultural smokescreen.

Unfortunately, the French left has often fallen into this trap. Most on the left approved of the 2004 headscarf law, arguing that the headscarf is a symbol of women’s oppression. They disregarded the fact that the law is itself oppressive because it discriminates against the right of access to education for certain sections of women.

Even today there are debates inside revolutionary left organisations around the question of acceptance of veiled women members. This attitude, often in the name of laïcité, suggests it is possible to emancipate the oppressed in spite of their will, through some superior, condescending power that can better perceive their interests.

This rhetoric has been employed to justify the headscarf law, but also the colonisations of yesteryear and the recent imperialist wars against Afghanistan and Iraq.

In reality, there is no such thing as a universal, transhistorical value in the way that laïcité is often presented to be. It was a powerful tool in the hands of the bourgeoisie during the French Revolution against the absolutist aristocracy and the Catholic church. The fight against the dominant religion was an inherent factor in the overthrow of the old absolutist feudal order.

Towards the end of the 19th century laïcité had become the cornerstone of the ideological dominance of the now victorious bourgeoisie, particularly in public education. And today it is used as a dogma against the oppressed religious minority.

Likewise, the interpretation of religious ideas and practices must always be put in its historical context. For instance, it can often be an act of rebellion and emancipation for a young woman to wear a headscarf in today’s France.

Given the context outlined above, it is not surprising that many young French Muslims feel alienated from the rest of society. They face material hardship, “ghettoisation” in marginalised neighbourhoods, the racist ideological barrage unleashed against them and the paralysis of the left that has been to a large extent unable to provide them with the breathing space of political struggle.

Added to that is the bloody history of French colonialism in Algeria, an international context of growing Islamophobia throughout the Western world, as well as imperialist wars against countries with a Muslim majority.

It is this historical context, internal and external to France, and not something inherent to Islamic texts or practices, that may explain how some of the most psychologically vulnerable young Muslims can be driven to join ISIS in Syria, and commit terrible atrocities at home.

There are, however, signs of an emerging resistance to the rulers’ campaign in a statement following the attacks. The main far-left organisation, the New Anticapitalist Party (NPA), rejected calls for “national unity” with the ruling class and denounced “racism distilled by the state in the name of so-called republican values”.

What is more, since the attacks hundreds have defied the police bans to gather in Paris for an anti-racist and pro-refugee demonstration, and thousands have marched in Marseille to reject Islamophobia and warmongering.

The French state’s all-military response will do nothing but reproduce the short- and long-term conditions that allowed for ISIS to emerge in the first place. The increased oppression and Islamophobia at home will only accelerate the marginalisation of large layers of the French population.

Against this macabre prospect, the only hope lies in a courageous left capable of breaking the ideological and practical barriers preventing the united struggle of all those oppressed by the French ruling class. 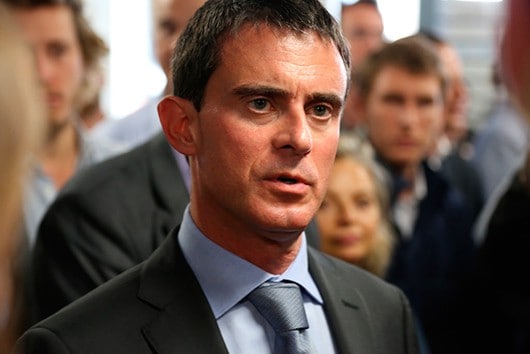 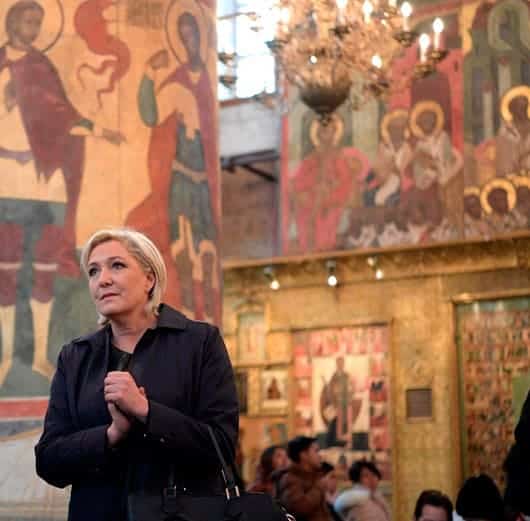 France: What Part of 'No' Don't They Understand?