Passchendaele: the foulness of their fate

This article is over 4 years, 1 months old
The battle which came to be known as Passchendaele took place in Belgium in the second half of 1917. Steve Guy describes the horror faced by soldiers crawling through mud that had become like quicksand.
By Steve Guy
Downloading PDF. Please wait...
Friday 01 December 2017

At the south east corner of the town of Ypres stands the Menin Gate, a vaulted arch mausoleum built of red brick and Portland stone and opened in 1927. It is a memorial to the missing British and Commonwealth soldiers from the five battles that took place in the area beyond the town during the First World War, known as the Ypres salient.

There are nearly 55,000 names inscribed on the walls of the mausoleum, out of the estimated 90,000 soldiers whose bodies have never been recovered. There is an inscription inside the arch, composed by Rudyard Kipling, in Latin, which translates as “To the Greater Glory of God”.

The commemorations this year were enhanced by the centenary of the Third Battle of Ypres. Dedications from the royal houses of Britain and Belgium and army marching bands dominated proceedings. Performances of music and poetry and theatrical enactments served, almost, to efface the true horror of the battle, which came to be known as Passchendaele. There was only the sketchiest of explanations of why the battle was fought at all.

In 1917 there was stalemate on all fronts. Sir Douglas Haig, commander in chief of the British Expeditionary Force, put forward a plan to launch an attack on the German positions in Flanders, break through the German lines and drive them from the elevated plain from which they had regularly pounded the town with artillery. In military terms the rationale was sound, had Haig been more limited in his ambition. But he believed that from the resulting breakthrough he could roll up the German forces to the north and liberate not only the Belgian ports, but the whole of the occupied territories. The British political leadership, under the premiership of Lloyd George, deferred to the commander in chief and assented to the plan.

On 31 July, after an intense two-week bombardment of the German positions, British troops went over the top and headed for the opposing trench lines. By mid-August the general in charge, Sir Hubert Gough, expressed doubts to Haig about the viability of continuing with the offensive; Haig relieved him of his command and replaced him with another officer, General Sir Herbert Plumer. Plumer pressed on into September and the toll of casualties mounted relentlessly.

Not only did the British have to battle through heavy wire entanglements, successive concentrations of trenches and concrete emplacements manned by dogged defenders, all the while being bombarded by artillery; throughout October, there was torrential rain.

From Holland in the north down though Belgium and into France, this part of Europe is known as the Low Countries, with a water table that sits barely two feet below the surface. Nearly 3 million shells were expended during the campaign, which utterly destroyed the intricate system of canals and drainage ditches. The area now became saturated, with the ground described as like porridge. In such circumstances both Gough and Plumer advised Haig to call off the offensive. Their advice was rejected, and Haig ordered the attack to continue.

From this point on the entire battlefield became a slimy, corpse-filled swamp. Access to the front was only possible on precarious duckboard walkways, and woe betide any heavily laden soldier who slipped or had to dive for cover to avoid incoming artillery fire.

A Sergeant Berry relates how he tried to organise the rescue of a man caught in the quicksand: “He kept begging us to shoot him. But we couldn’t shoot him. We stayed with him, watching him go down in the mud. And he died. There must have been thousands up there who died in the mud.”

Elsewhere Lieutenant Edwin Vaughan describes the plight of the wounded:

“From the darkness on all sides came the groans and wails of wounded men…faint, long, sobbing moans of agony and despairing shrieks…Dozens of men must have crawled for safety into new shell-holes, and now the water was rising about them… We could do nothing to help them.”

It is estimated that of the total number killed at Third Ypres, at least a quarter of them drowned. Even today Belgian farmers ploughing their fields still unearth bodies from the battle.

By the end of October Haig, desperate to salvage some vestige of credibility, approached the Canadian general Sir Arthur Currie in person, and asked him to head up the final assault and take the village of Passchendaele.

Currie concurred, and over the first part of November the most savage fighting took place, concluding on the 10th when the Canadians drove the last German defenders from the site. Of the village, there was nothing that could be identified as human habitation, it had been utterly effaced, and was now just a point on a military map, summing up the utter futility of the whole campaign.

Morale plummeted, and a pall of gloom descended on the BEF. Cynicism and bitterness were most vehemently expressed towards the army leadership. The poet Siegfried Sassoon articulated the immense disillusion that pervaded throughout the ranks of the army, with his poem “On Passing the New Menin Gate”, which begins:

“Who will remember, passing through this gate/ The unheroic dead who fed the guns?/ Who shall absolve the foulness of their fate,/ Those doomed, conscripted, unvictorious ones?” 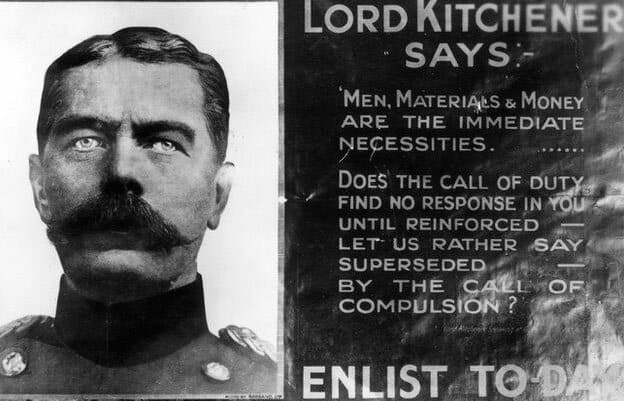 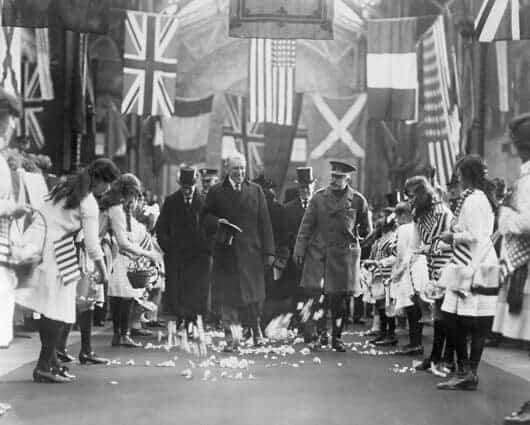 Versailles: the settlement that settled nothing