The foundations of modern scientific method were laid by the Islamic Arab empire over a thousand years ago. By making such a powerful case for this proposition, the author, an Arab-British scientist of Iraqi descent, deepens our grasp of this woefully misunderstood period.

“The ink of the scholar is more sacred than the blood of the martyr.” This saying of the prophet Mohammed may be rarely reported today, but it was one of the driving principles of the Islamic empire that helps explain its speed, scale, intellectual depth and durability.

The 8th century circulation of gold coins by the English king of Mercia featuring Arabic writing probably signals Anglo-Saxon participation in its booming trade empire. In the Far East the Islamic Arab army victory over China in 751 led to the first paper mill of the Abbasid Empire at Samarkand, on the famous Silk Road in central Asia. Within a few years this ancient Chinese technology would be at the service of paper mills in the new city of Baghdad, the heartbeat of the revolution and, arguably, the bridgehead between antiquity and modernity – to be spoken of “in the same breath as the golden age of Athens…Alexandria…or Renaissance Florence”.

Paper transformed the spread of scientific knowledge. Its introduction depended on Islam’s collision with older cultures and its capacity to learn from them. The mix stimulated an explosion of creativity. Everywhere, for several centuries, Persians joined Arab scholars at the forefront of innovation in mathematics, astronomy, chemistry, physics, medicine and much more.

The trigger was the great “translation” movement. The test: which scholar could discover the most important ancient Greek document? Who would provide the best and most accurate Greek to Arabic translation? Who would prove how this helps us understand the world?

And, potentially dangerously, who will resolve the tension between philosophy and theology, where reason ends and revelation begins? How is synthesis possible?

Again, and everywhere, Christian, Jewish and even “pagan” scholars were caught up in the excitement, with religious barriers lowered if needed for scientific advance.

Al-Khalili’s book overflows with detailed examples of scientific breakthrough, barely acknowledged today. One of the most sensational links the Persian astronomer son of a prominent Shia cleric, al-Tusi, with Copernicus, the Polish astronomer. The geometric diagram of planetary models that formed the basis of Copernicus’s epoch-shattering discovery – that the earth revolves around the sun and not the other way round – was pioneered by al-Tusi.

The two almost identical diagrams are reproduced, side by side, with a thorough and convincing commentary – its significance enhanced by the elegant geometric planetary Islamic Arabic graphic that graces the front cover of this book. 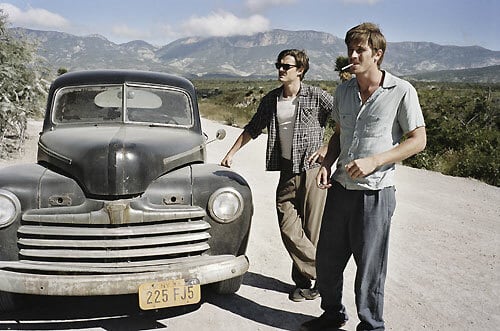 On the Road: a generation in search of a new life