This article is over 18 years, 8 months old
Review of 'Behind the Scenes at the WTO', Fatoumata Jawara and Aileen Kwa, Zed Books £12.99
By Mike Haynes
Downloading PDF. Please wait...
Sunday 07 December 2003

After Seattle the secretive politics of running the world economy would never be the same again. When the fifth ministerial meeting of the World Trade Organisation (WTO) brought together delegates from 146 countries in the Mexican holiday resort of Cancun in September, the Mexican government provided 5,000 police and 15 miles of steel fencing to protect them and, for good measure, anchored three warships off the coast.

Yet WTO supporters claim that it is the most democratic international organisation that exists. Unlike the IMF and World Bank, where power depends on financial muscle and the US has a de facto veto, in the WTO there is one country one vote. Yet the WTO is still accused of being a pawn of global capital and the US and European Union in particular. It pushes for free trade in the rest of the world while the advanced economies are allowed to hamper imports. The EU dumps wheat on the world market at two thirds its production cost and sugar at a quarter of its production cost. The US subsidises its 25,000 cotton farmers to the tune of $4 billion – more than the value of the output of several African cotton-producing countries. In March 2002 Bush put a 30 percent tariff on steel and then in May 2002 he announced additional farm subsidies of $193 billion over ten years. His message was clear – dumping would go on. ‘Let me put it as plainly as I can: we want to be selling our beef and our corn and our beans to people around the world who need to eat.’ The WTO also wants the free movement of capital; copyright and patent protection (Trips); and the opening up of services to foreign providers (Gats) when the only forces capable of taking advantage of these things are the most powerful multinationals.

Fatoumata Jawara and Aileen Kwa’s Behind the Scenes at the WTO shows how the WTO really works. Power there rests on three pillars. The first is the economic might of the advanced world and their multinational corporations. The second is their missionary ideology of liberalisation. The third, which is the subject of the book itself, is the power to manipulate the procedures and decision-making processes of the WTO. The book uses the fourth Doha meeting to trace how the so called Quad – the US, EU, Canada and Japan – use backstairs intrigue and ‘green room meetings’ to get their way. The rest of the world is admitted by invitation only and then faces ‘arm twisting and bullying’ in ‘a game with unequal teams, no rules and no referee’.

This obviously raises the question of whether the WTO can be reformed. The authors propose a long series of changes but suggest that there is no hope of their being implemented. Moreover internal change cannot address the deeper inequalities of development and power in which the WTO is rooted. They therefore look forward to a revolt by the poorer countries getting together to challenge the WTO agenda.

This to an extent happened at Cancun. The authors show how India was isolated as a ‘troublemaker’ at Doha. But at Cancun, in part given confidence by the protests that had put the WTO on the back foot, it combined with Brazil and other countries to resist the top-down agenda. But will such alliances be enough? They cannot touch the real power disparities. Outside of the conference meetings the US, EU and WTO can still play the game of divide and rule that the book well describes. And there are real differences of ‘national interest’ between Third World governments.

So far from such alliances being a substitute for the anti-capitalist movement, they point to the need to generalise it even more. If another world is possible then it will have to be made both against those who run the advanced world and their counterparts in the poor countries too. This might seem an enormous agenda, but we should not underestimate what has been achieved so far, including the valuable exposés of this book.

The Dirties: righting the wrongs of adolescence

From Buffy to Bella - has vampire fiction lost its teeth? 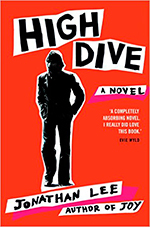