The Quare Fellow is one of the only plays where the audience never sees the central character. Written by Brendan Behan in 1954, it depicts 24 hours in an Irish prison, from slopping-out time (graphically portrayed) to the following morning. During that time one prisoner receives a reprieve from hanging, while another murderer (the quare fellow) waits to hear his fate.

The prisoners are serving their time for a variety of offences – one old lag has been in and out for years for begging. The play, however, does not concentrate on why the prisoners are there, but on the interaction between them, and their reactions to the current situation.

Behan does not deal in stereotypes. The characters are neither merely victims nor villains. They are influenced by the prevailing ideas in society – one of them being hugely shocked to find that the guy in the next cell is there for the (then) offence of ’sodomy‘. He finds murder rather more excusable! Behan portrays the chief warder as a decent man, in the job because it is comfortable for him, trying to do his best for the prisoners, and opposed to capital punishment.

The play was first performed in England by Joan Littlewood‘s Theatre Workshop Company in their own particular style, influenced by music hall and with more of an emphasis on the comic aspects. This production by the Oxford Stage Company, directed by Kathy Burke, rejects that approach. The humour is still there, especially in the first act, but it is a gallows humour, a way of dealing with their situation and what may come.

In the last two acts the tension builds as the realisation dawns that there will be no reprieve. The hangman arrives, an efficient little man determined to do his job properly, making his calculations (weight, height of prisoner, drop) quite coolly.

The ending of the play is dark and sombre, yet defiant. As the clock strikes eight an enormous din breaks out, with prisoners banging, shouting and drumming on doors. This, we are told afterwards, occurred whenever a hanging took place.

Brendan Behan spent several years in prisons in Ireland and England because of his involvement in Republicanism and the IRA, and was in one of the prisons when an execution took place. He began writing in Mountjoy prison. His book Borstal Boy was inspired by his three years in an English borstal.

Though the Sinn Féin leader Michael Collins expressed his wish to abolish the death penalty when Ireland became independent, it remained legal in Eire until 1990, although the last hanging occurred in 1954.

As the play is touring England, finishing with four weeks at the Tricycle Theatre in London from mid-April, many readers will have the chance to see it. I cannot praise too highly the accomplishments of the cast and their director. The audience witnessed ensemble playing of the highest order. Kathy Burke will be one of our noted directors. 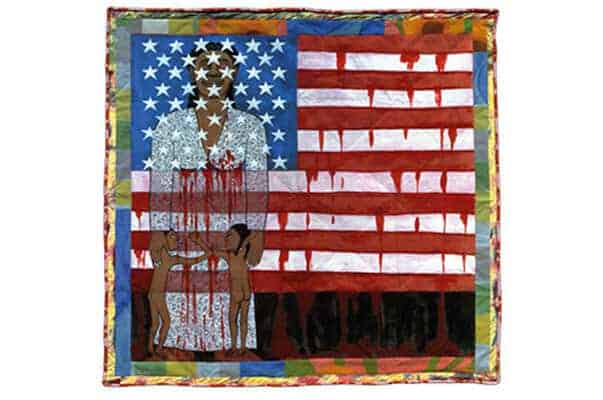 Reviews round-up—Faith Ringgold and A Nice Cup of Tea?

Burned: The Inside Story of the ‘Cash-for-Ash’ Scandal