Tell us a bit about the project.

Anthony Arnove: It really began in 1980 with the book that Howard Zinn wrote called A People’s History of the United States. That book really changed the way that people in the US think about history and the way history is taught.

An interesting moment happened in 1997 when Matt Damon, who grew up next to Howard Zinn in Boston, wrote a scene into the film Good Will Hunting where he mentions the book.

After the film came out Matt was interested in making a film based on A People’s History. And simultaneously the book sold its one millionth copy, which is rather unusual for a radical book.

The publishers wanted to hold an event to commemorate this milestone. Their idea was to have an academic conference. Howard said, “I’d rather be shot than attend such a conference.” His idea instead was to bring together artists, musicians, poets and novelists to read from the words of the people themselves, the original source material that had inspired A People’s History. And that came out in 2003, called Voices of a People’s History of the United States.

We did our first live performance in January 2003 in New York City. And we found that this was a really powerful way to bring together the words of dissenters, radicals and protesters from our past. And that culminated in a documentary film called The People Speak which we made with the team that did Good Will Hunting. That led us to think this is an interesting format that could work in other countries as well.

What was your relationship with Howard Zinn and his contribution to the project?

AA: Howard really is the touchstone for this project and we dedicated the book to him as he very sadly passed away in January 2010. Howard brought to the project a certain sensibility, but he also brought a sense of what was dramatic.

A lot of people don’t know that Howard was a playwright – he wrote three plays. One of them was about Karl Marx, called Marx in Soho. He had a real appreciation for the craft of storytelling. I think Howard had an understanding of how you could make history inspiring to people who might otherwise not be interested. History was my least favourite subject at school because of the way it was taught. But I came to understand it as an active process. It wasn’t just the history of generals or kings, but the history of organised people fighting for change and making remarkable sacrifices and finding tremendous eloquence in the struggles that they took part in.

What do you think about the shift back towards so-called “traditional” history teaching – monarchs and empire?

David Horspool: If that shift ever happens, the book will stand in stark opposition to it. I’d raise a note of caution though. I don’t agree with a lot of what Michael Gove does, but if he’s saying that people need to learn a bit more context – well, I have a son in primary school who learns a lot about the Romans and then the Victorians and then the Egyptians, and they are like characters from a play that go on and come off again. He has no idea of how they all link together. It’s not necessarily the case that people in charge suh as Gove want us to learn about kings and queens and prime ministers and the rest of us want to learn what it was like to go to the toilet in Rome. They’re all part of the same story.

One of the things I’ve tried to emphasise whenever I’ve written about it is that people who lived through any age almost always have a political manifestation of their involvement in the way their society is run. No matter how difficult it was, whether it was American slaves or English peasants, they weren’t apolitical. So learning about the way they lived and the way that they expressed themselves is important. The idea that these are two separate things is completely misguided.

What are the most important lessons from the book for activists today?

AA: A few things strike me. One of them is that history doesn’t move in a straight line. It’s not just a tale of linear progress. It’s a tale of setbacks, defeats, detours. You need to take a longer view of social change. So if you want to be involved in transforming the basic structures of society, then you’re going to come up against powerful, entrenched interests.

You’re also going to need creativity and imagination and you’re going to need to realise that sometimes it will be two steps backwards and one step forwards. When something as promising as the Occupy movement doesn’t effect the kind of social change that people at its highest point thought it would then you need to regroup your forces. Having that longer-term vision is important and certainly some of these documents prove it. You can find someone from the 17th century articulating similar concerns about political power, inequality and the valuation of property over human liberty that we’re struggling with today.

It’s important to know you’re not starting anew. The socialist Raymond Williams used the term “resources of hope” and I think there are a lot of resources of hope in this book.

DH: I think our media have a bit of trouble understanding the power of rhetoric to get people thinking. Something like the Occupy movement has had an influence, not because the majority of people in the country are now signed up to everything said by those who camped outside of St Paul’s, but because large numbers of people do have a problem with the way things are at the moment.

Our very first entry in the section on money and class in the book is by a man called William Fitz Osbert who was killed for resisting a tax to pay for Richard the Lionheart’s rent. Osbert said he had resisted an unjust decree for no other purpose than that all might bear an equal share of the public burden and contribute according their means. So that’s in 1196 and could have been said last year. These things have a resonance for a very long time.

Do you have a favourite piece?

AA: Well, I have a favourite title which is a cheat, but one of our pieces is from Richard Overton and the full title of the piece is “An arrow against all tyrants and tyranny, shot from the prison of Newgate into the prerogative bowels of the arbitrary House of Lords and all other usurpers and tyrants whatsoever”. On the title alone that is my favourite, from 1646!

But I’m also drawn to the songs. There is a very moving Irish folk song from the 17th century that we include called “Bonnie Portmore”. What’s fascinating about it is it’s about how British troops are involved in the deforestation of Ireland. It’s also about war making because those trees were being felled to make ships, which were being used for more conquest. It has interesting echoes of another song in the book called “Shipbuilding” by Elvis Costello which raises profound questions about how the resources of society are used and what they could be used for rather than war making. But really I’d be lying if I said I had a favourite. It’s like asking what’s your favourite Bob Dylan song – you have to ask what’s your favourite today.

DH: I really like the speech by Barnaby Raine, a 15 year old school student, which is especially moving if you watch him deliver it. He just holds the crowd completely. Of the more historical things that I didn’t know, there’s a wonderful piece by someone called Patience Kershaw and her account of being made to work in the mines in the 19th century. It’s totally heart-rending.

Any future plans for the project?

AA: One of our strong hopes is that people will organise their own readings in schools, pubs, union halls and community centres. People will get together, as we’ve done in the US, pick the readings that are most resonant for them and perform them. I also hope teachers will find ways of using these primary sources, not just as public performance but as a way of enhancing the core curriculum. We are also looking to find a way of bringing out the documentary that was aired on television in 2010. We’re exploring the possibility of an app or an e-book or a DVD.

Some of the most eloquent voices we found were Irish ones, so we feel there’s a whole documentary and potentially a book there.

Anthony Arnove is a socialist based in New York and the editor of Howard Zinn Speaks. David Horspool is an editor at the Times Literary Supplement and author of The English Rebel. 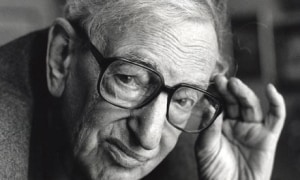 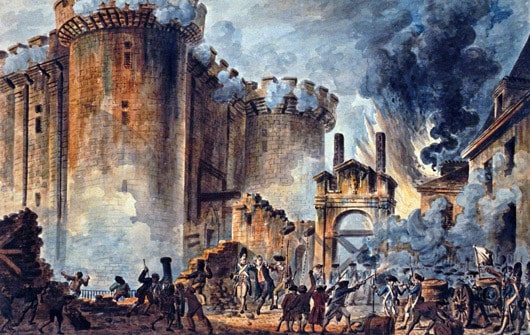