At a time when biography is expanding greatly in the book world, the near absence of biographies of Communist leaders in Britain is noticeable. The purpose of this book is to redress the balance–different authors have written the biographies of leading Communist Party of Great Britain (CPGB) figures around the first half of the last century. The different authors of the biographies seek to show that even within the tight confines of the monolithic party the individual loyal Communists proved to be different from one another in many ways. The causes for this are sought in their class, their early lives, their occupations and trade union affiliations, their characters, their travels, including to the Soviet Union, and so on. The people do indeed come to life as varied individuals, who then went their own way despite the party line.

The most outstanding aspect in which this happened, according to a number of the biographies, was in the members’ attitude to the Third (ultra-left) Period of the Comintern, from 1929 to the early 1930s, when Communist Party members–particularly leading ones–were instructed to form red (ie revolutionary) trade unions, separate from and critical of the traditional social democratic trade unions. Leading Communist miners, like Arthur Horner in South Wales, or Abe and Alex Moffat in Fife, achieved their leading trade union positions through the support of the members in the traditional trade unions. There were few Communist miners (some 55 employed in Scottish mines in 1931), and the ‘red union’, United Mineworkers of Scotland, one of two red unions formed by the CPGB in 1929 had 1,000 members, compared with 400,000 in the Miners Federation of Great Britain. The leading Communist miners justifiably felt uncomfortable about carrying out the Comintern instruction, which went against the grain of traditional trade unionism, and could not be realised as an effective force in the conditions at the time.

All the relevant biographies cover the difficulties of carrying out the Third Period line (called Class against Class) in fair detail. The cataclysmic events that followed the closure of this ultra-left period into its opposite, the Popular Front, is, surprisingly, not mentioned. Nor are the mass show trials of 1936-38, when the entire Bolshevik Central Committee of the 1917 Revolution was purged, together with thousands of other prominent and non-prominent Bolsheviks and non-Bolsheviks in all walks of life. Not a single hint is given of the attitude of any of the people written about in the long biographies to these major purges that must have shattered their composure even if they could rationalise their meaning for themselves.

The same is true of the Hungarian Revolution of 1956 and Khrushchev’s revelations about Stalin. For instance, the essay ‘Miners’ Heroes’ states that Abe Moffat, President of the Scottish Area National Union of Mineworkers, refused to follow Alex (hiis brother, who succeeded Abe as president) out of the party in 1956. No reason is given for his leaving, or that of the poet Randall Swingler who remained in the party ‘until 1956’. Hundreds left the party at this time and the reason for Moffat’s and Swingler’s defection should have been given if the account of their lives is honest.

The omission in the main biographies is fully made up in one of the last chapters which covers the fate of a number of important Communists, though lesser lights than those in the main biographies, who visited Russia mainly in the 1930s. Many of these suffered cruel and terrible fates at the hands of the Stalinist bureaucrats, and many inspired big campaigns in Britain to try and get justice. Reading this chapter makes it all the more astonishing that the purges got no mention in the major biographies.

This book is interesting in the way the authors intended it to be–to individualise these party people, and show the variety of ways in which these individuals handled the instructions emanating from the Stalinist bureaucrats. There are also illuminating essays on prominent Communists one may not have heard of before–pioneering people like Dora Montefiore, the first woman to be elected to the executive of the CPGB at the 1920 convention to form the party. This is a very illuminating biography of an upper class woman revolutionary who embraced the struggle of the working class and women’s place in it.

William (Bill) Rust was a very different character. He was the mouthpiece of the Stalinists’ ‘Communism’ in the CPGB, swallowing every twist of the Comintern line and attempting to get the other party members to do likewise. His path, consequently, differed radically from that taken by the Welsh and Scottish miners’ leaders, particularly on trade union affairs.

This is a useful if not fault-free addition to the history of Communism in the first half of the last century, looking at it from a slightly different angle to the usual one. 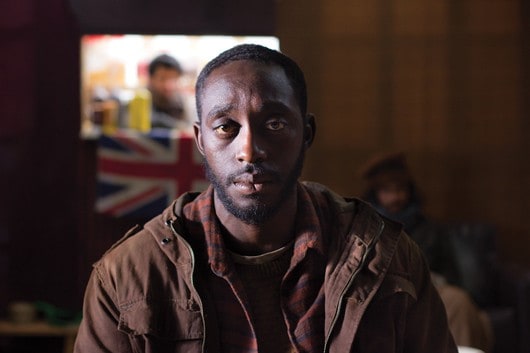