The late Paul Foot’s great championing of Shelley recognises him as a revolutionary but also celebrates his ideas and poems, and seeks to show their relevance to the world we live in today. Unfortunately this volume falls well short of the mark.

That Shelley was derided and detested by the rich and privileged in his own life-time, much of his work unpublished, censored or ignored, that his work became a clarion call to many of those who fought for justice and against oppression, that a sanitised myth of the great lyricist poet was created by and for polite society, that he was “written out” or scorned by some on the left and his poetry brutally intellectually assaulted by F R Leavis in the 1930s which led to his work being overlooked and largely forgotten, is all true and well documented.

However, to write that, “Shelley is still seen by some left wing commentators as politically and poetically negligible…some writers (including those who are divorced) have accused him of sexism… Others, like the left wing journalist Paul Foot, have suggested that he would have been a greater political poet if he had remained in England” is really not tenable.

Richard Holmes’ soaring 1974 biography Shelley: The Pursuit, was both the peak of a resurgence of interest in Shelley and the impetus to a further round of rediscovery, re-printing and re-engagement. In it are the lines, “The Mask of Anarchy. This is the greatest poem of political protest ever written in English.”

Of course there will always be those who will want to strip Shelley of his inspiring revolutionary vision — but they are not by-and-large of the left. Today go to Eton or Oxford or the Daily Torygraph to find these buffoons.

The rather odd claim to be a new left wing defence of Shelley, however, is not the only problem I had with the book.

Among a number of other reservations I have is the claim that Shelley was and remains a pacifist.

Shelley certainly abhorred political violence — he had witnessed it as a tool of the rulers of a society he detested, and in much of his work there is an appeal for reason to peacefully solve the terrible injustices he reeled against. An equivocation on the question pervades much of his work.

However in Swellfoot the Tyrant and the Mask in particular the need for political violence is deemed necessary.

If you have not read Shelley himself go out and find him and be inspired. 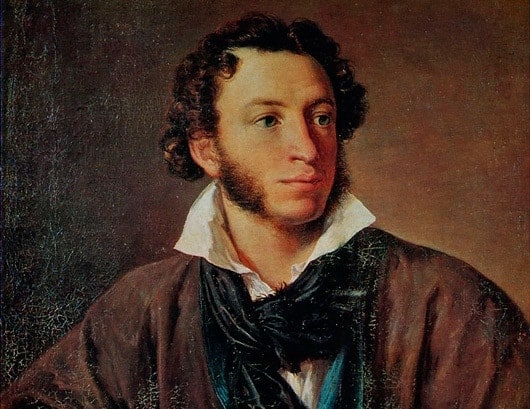 “Pushkin’s radicalism tends to be denied”