This article is over 14 years, 4 months old
Our world is one of security cameras, personal information databases and, of course, the potentially ever increasing 28 days of detention without charge under the Terrorism Act. One wonders what the next level is.
By Alex D Lalayiannis
Downloading PDF. Please wait...
Tuesday 01 April 2008

The Dangerous and Severe Personality Disorder (DSPD) programme set up by the Home Office (now part of the Ministry of Justice) to “protect” the public may just be that next level. It includes four units so far, totalling about 300 places, at Broadmoor and Rampton hospitals, and Frankland and Whitemoor prisons, with the prospect of expansion. The people eligible to enter this programme are: those who have committed a serious offence and are considered a risk; those who are considered dangerous at completion of finite sentences; and those who have committed no offence but are deemed dangerous.

These people can then be held without judicial input or right of appeal, indefinitely, and without any specific aim such as treatment.

As there is no other statute in British law which allows preventative detention in the absence of any conviction, it is understandable how the DSPD programme makes psychiatrists uneasy. It will place them at the forefront of a system that signs people’s freedom away. The 1983 Mental Health Act stated that in order to detain someone forcefully, you had to have their best interests in mind and be certain that you could provide adequate treatment and provision of care. The Mental Health Act 2007, in contrast, has removed this “treatability clause”: you do not have to treat someone in order to detain them.

These changes were deemed necessary in 1999, the proposals coinciding with the conviction of psychopathic murderer Michael Stone. It was around this time that the term “dangerous and severe personality disorder” was coined. Such a condition does not exist in any official mental health or disease manual (such as the World Health Organisation’s ICD-10 or the DSM-IV in the US) and it is not a recognised term in psychology or psychiatry.

Apart from the fact that this DSPD programme was set up with minimal consultation with psychiatrists, much more serious issues arise – primarily the unconcealed and casual overriding of basic human rights. The European Human Rights Convention states in Article 5: “Everybody has a right to liberty and the lawful arrest or detention of someone shall be effected for the purpose of bringing him before a competent legal authority.” Also: “Anyone who is deprived of his liberty shall be entitled to take proceedings by which the lawfulness of his detention shall be decided speedily by the court.” Once detained, who knows if, or indeed when, they will get out?

Additionally, who is to decide who is dangerous in the absence of previous convictions? Psychiatrists use the term “dangerous” reluctantly, as once assigned it is very difficult to remove. They carry out risk assessments for the courts, in an attempt to ascertain whether someone will commit a crime in the future. Unsurprisingly, the psychiatric profession has always claimed risk prediction to be uncertain and is reluctant to throw the weight of medical certainty behind risk assessments. But this has not stopped courts accepting them as predictions of a person’s future risk to society.

Finally, the lack of evidence on which this programme is built is glaringly obvious. Its own website claims, “An essential part of the DSPD strategy is to increase the evidence base.” Translated into numbers, it is reported that six people would have to be incarcerated in order to prevent one violent act.

There is of little doubt that some people are extremely dangerous, and even psychiatric treatment cannot help them. Maybe indefinite detention is the answer for repeat offenders, but preventative detention and a serious lack of balanced judicial and medical input into a person’s jailing leave it open to abuse and exploitation.

Some say comparison with the USSR’s punitive psychiatric hospitals in Siberia, or Guantanamo Bay, is not so far fetched.

These were justified on grounds of “dissidence” and “terrorism”. Are we now going to justify detention in the name of “mental health”?

Terrorism Act: The Real Threat to the Nation 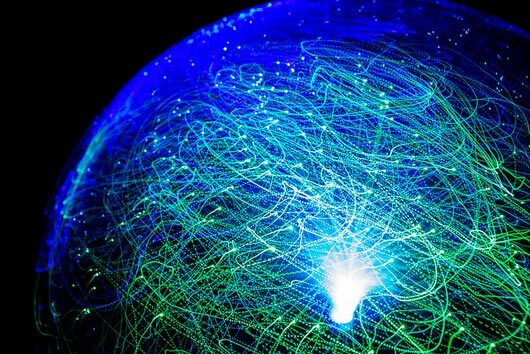 The logic of capital online

The Politics of Terror: The Threat to Freedom

Guantanamo Bay: 'This is Not the Dark Ages'