The immense power of the Manchester textile factories hits you in the face in an early shot in Peterloo. Workers in this new industry were surrounded by dangerous machines. They were replacing the work done in homes by weavers, who were suffering the hardships of a declining workforce.

Later, during the mass protest for democracy on Monday 16 August 1819, when the factories are empty and the machines lie dead, the contrast leaves you with a sense of what power really is. “Scum” cries a boss, walking down an empty street.

It is important that such a moment in British working class history is on the big screen and in remarkable colour.

The film is shot beautifully. The protest itself feels like you are at an impressive demonstration but all the more inspiring knowing the repressive context and the coming dread, which is artfully crafted by director Mike Leigh.

Maxine Peake gives a moving performance as Nellie. Her family as the central narrative works well. Her son, a bugle player at the Battle of Waterloo, returns home to Manchester quite literally shell shocked, while parliament agrees to honour the Duke of Wellington with a £750,000 reward for his heroism.

This contrast shows the stark disparity driving the reform movement.

We are shown a long speech in parliament, a recurring feature of the film that at times gets in the way of the story. The speeches are the actual words recorded from the time, distilled and cut down.

The soldier can’t find work and his whole family are suffering. A song tells of life becoming harder for the weavers and Nellie returns to the market with ever decreasing funds.

In between these early events and the final showdown the film becomes less emotionally driven. There is a lot of explaining to do. The ensemble cast rightly conveys that this was a popular movement, not just a story about great individuals. But it sometimes means that there are a lot of minor characters to remember and a lot of names to drop in.

A great strength of the film is how the ruling class is shown to be manipulative and callous. They are sometimes preposterous, sometimes bluntly sinister, but clearly ruthless, vulgar and petrified of the British masses carrying out their own version of the French Revolution.

This was truly a story of the working class moving into action, led by those who thought the state would not resort to violence. When the cavalry was sent in slicing with sabres then people had to fight back. In the film they don’t have anything to fight with so they pull down riders from their horses. The violence is absolutely brutal.

The film leaves you with horror at a massacre which brings home the nature of the sort of society which was then emerging and we can still recognise very clearly today. 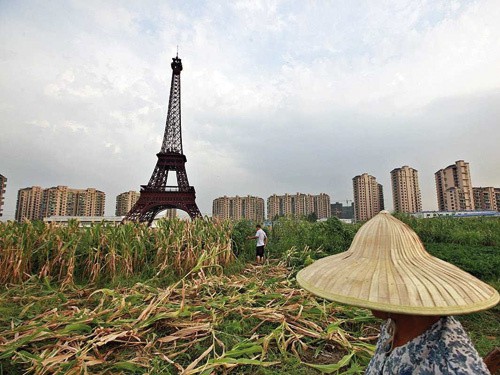