Vassily is a self-made man, ignorant, anti-Semitic and fearful of change. He has paid for the education of his son Pyotr and daughter Tanya, but instead of becoming contented bourgeois people they rejected him and his values. Pyotr returns home from university, where he was studying to become a lawyer, suspended after involvement in a radical demo. Tanya can find no goal in life when the only aim of middle class women is to marry: halfway through the play she tries to kill herself.

As well as his family and servants, Vassily’s home is filled with bohemian lodgers, who spend time dancing, getting drunk and trying to influence the local Tsarist soldiers through liberal drama productions. Vassily’s working class foster son Nil and his maid Polya provide the play’s one example of straightforward happiness as they fall in love and plan their life together.

Howard Davies, who directed this new version of Gorky’s play, says that in the past he wanted to “carry the torch for socialism” in his work, while now he’s interested in “nuance and ambiguity and people’s failings”. Yet he continues to direct dramas with political content, underplaying this so as to present them as works with a universal message.

For example, Davies directed 1930s Spanish drama The House of Bernarda Alba for the National last year. Here an old woman’s tyranny over her daughters foreshadows that of fascist dictator Franco, who took power in Spain a few weeks after the play was finished in 1936. Davies turned Bernarda Alba into a big family drama, with none of the sense of claustrophobic horror on which the play’s power depends.

Likewise, in Philistines, Davies stresses universal themes of conflict between generations. Yet to abstract Philistines away from Russia in 1902 does it harm. Most obviously, Davies and adaptor Andrew Upton have had to change the end so as to “sharpen up the plot”. Their production also misses what an angry, controversial play this was – “Gorky” is after all a pseudonym, the Russian word for “bitter”, and on the opening night in St Petersburg police surrounded the theatre.

That political anger is crucial to the play. It combines in a coherent whole its dark comedy, such as the laughter evoked by Vassily’s small minded ranting, and its tragedy, such as Tanya’s failed suicide. Diluting the play’s political message weakens the theatrical impact of this production. 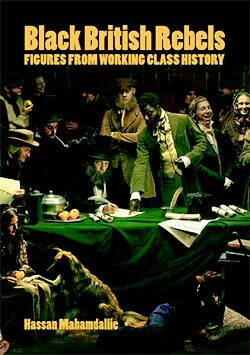 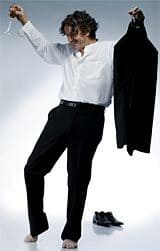