This article is over 17 years, 8 months old
Review of 'Photographing the Holocaust', Janina Struk, I B Tauris £13.95
By Nick Grant
Downloading PDF. Please wait...
Saturday 01 May 2004

It’s not so much that every picture tells a story, more a case that any picture tells many stories. The simple point that most of our familiarly atrocious Holocaust images were gathered by Nazis hoping to celebrate the success of Hitler’s ‘Final Solution’ in a Prague Museum coldly subverts their predominance in thousands of school history room displays, textbooks and TV documentaries ever since.

Janina Struk is a working photographer whose paternal family were Polish. She writes with the practical sense of someone asking not just the consumerist, semantic questions asked of any photo – what does it show, what had preceded that moment caught like a footprint on chemically coated celluloid, and what ensued? She also asks the producer’s queries – who took it, how, where, when, why, for whom? And then there are the questions of distribution. Who has retouched, cropped and printed, bought and sold, smuggled, archived, exhibited and exploited those images?

Take the image of two elderly Jewish men holding shovels. Taken in Warsaw during September 1939 by American Julien Bryan, it featured in a book he published the following year entitled Siege. His caption read, ‘Everybody helping: Orthodox Jews, like others, dig trenches under the direction of soldiers.’ It is a hymn to collective resistance against the Nazi invasion.

But by 1942 Bryan’s particular shot had appeared cropped by Nazis, minus the right-hand figure wielding a pick, but retaining the rifle-holding forearm at left. Cover the right-hand third for yourself. It’s easy to see the added degradation implied for the old men if you are asked to believe – wrongly – that the firearm belongs to a German. But the same version was later appropriated by anti-Nazis to serve an opposite purpose.

Much more recently the author’s own image documents the placing of a much enlarged shot from the Lili Jacob album in the grounds at Birkenau in 1999, at almost the precise spot where three child victims and a woman were frozen in time en route to the gas chamber. This album is famous for comprising the most definitive evidence of sorting by age, gender and suitability for work as the transports arrived on the ramp at Birkenau, the site of the most ruthless extermination operation in known history. It is named after a survivor who amazingly found the album of Nazi-made visual documentation, recognising herself among many others sent from Hungary to Poland in 1944. The album was used in Adolf Eichmann’s trial in 1961.

In this case, the author asks, ‘Do we have a right to show people in their last moments before facing death, to support propaganda, for whatever purpose? Must the torment and deaths of millions be replayed on museum walls around the world for millions to watch?’

The photographic departments of the concentration camps were busy and lively at their outset. The militaristic administrative process required three-shot portraits of all arrivals. Some prisoners were able to work in these Erkennungsdiensten. But they petered out as supplies dwindled, and tattoos became the more barbaric ID. As no work was expected at the death camps, no photos were taken. However, the last commandant of Treblinka, Lieutenant Kurt Franz, made a personal photo album of camp life, entitled ‘The Best Years of My Life’.

This is a social history rather than a semiologist’s treatise or an academic’s polemic. It’s not news to relate that history is often neglected if there are no visuals. We experience this on a daily basis with TV news. Even one of the world’s most respected documentaries, The World at War, has nothing to say of the Catholic church’s role between 1939 and 1945, simply because there’s no filmic record.

But Janina Struk is rather making the reverse case, asking how do we cope with an over-saturated visual heritage, exploitative of victim and viewer on the one hand, but in some other ways unexplored, as with recent documents of life in the ghettoes?

Too Big to Fail 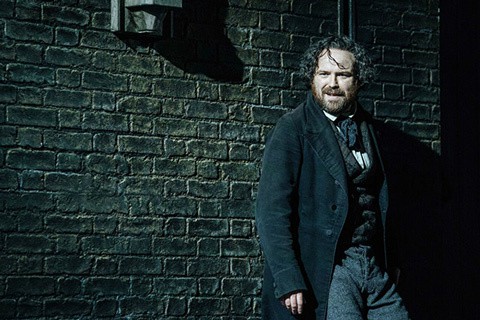