It is easy to dismiss Ivanov, alongside Chekhov’s other plays, as being full of melancholy middle class moaners who need a kick up the backside. Easy but, I think, a mistake.

The play starts in the house of Nikolai Ivanov, who owns some land and is a smalltime local politician. He has fallen on hard times, and is reduced to juggling his debts and wondering how he can survive. He lives with his uncle, a minor aristocrat who has blown everything except his title, and his wife, who has been disowned by her family.

Ivanov is suffering from depression, and has come to despise both the people around him and himself. He is able to worry about his ill wife’s health but not able to care for her. The convictions with which he once inspired people have gone, leaving only their shadow to taunt him in his decline.

As in Chekhov’s other plays, we are introduced to a narrow stratum of the Russian middle class–both the poor and the really wealthy get only bit parts–who are trapped in the backward Russian countryside. The characters are so wrapped up in themselves and local gossip that they do not talk about what is happening in the next village, let alone within the country as a whole. But we are brought into a world saturated with the feeling that change is needed yet will never come.

The doctor attending to Ivanov’s wife is angry at the self obsession and callous frivolity that he finds himself in the midst of. But his outbursts of criticism wash over his intended targets like water passing through pebbles. He does not represent any other way of life to challenge the status quo. Perhaps he is just a younger version of Ivanov himself, before he was broken by the strains of this dull yet difficult existence.

The unusual staging of this production adds to the sense that these are characters hemmed in with no escape. The stage is set in the middle of the two banks of seats, as if the audience is looking into a fish-tank with invisible glass.

One of the play’s strengths is the way Chekhov creates a world that draws you into caring about his protagonists despite their obvious flaws. The silences, which can be awkward and prominent, add to this feeling.

Step back a bit, and the characters, who might seem specific to Russia on the eve of the 20th century, begin to be more universal–the man who wants to have a laugh but begins to cry when the effect of vodka wears off, or the rich woman who pleads poverty and is so mean she begrudges her guests having jam with their tea. Being productive, working is a regular refrain that is suggested as an alternative to inertia. But this inertia is part of the world they inhabit.

The cast put in strong performances, especially Owen Teale in the lead role, which make up to some extent for the play’s weak ending, which would otherwise transform a tragedy into a melodrama. But this is tragedy in a very everyday sense. 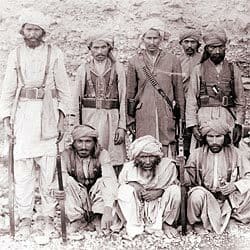 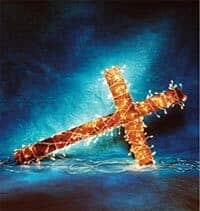