Poetry of the Taliban

There has been a fair bit of media interest in this collection of poems from (almost entirely) men fighting the US-led occupation of Afghanistan and it’s easy to see why. The Taliban are presented as sub-human stereotypes in the mainstream media – religious fanatics steeped in prejudice and hatred.

Poetry of the Taliban shows a much more complex set of ideas, and the brilliantly informative though poorly written foreword helps to educate the uninitiated reader in the culture and poetry of Afghanistan.

Poetry has played a vital role in Pashtun culture for generations. Pashtun people are spread over a large area covering much of Afghanistan and over the border into Pakistan. Their language, Pashto, has been used in poetry since the 8th century.

This set of material circumstances has helped to sustain the tradition of poetry as a way of recording history and spreading stories. Poems have marked huge political events, as well as broken hearts and beautiful landscapes.

Pashtuns make up the majority of today’s Taliban and the mujahideen who fought against the occupation of the country in the 1980s.

Today the poems are shared on YouTube, often spoken over videos of atrocities committed by the US and other occupying forces. People pass these around on mobile phones and on websites. The poems’ history of being passed around is built into the structure – the poet’s name is often written into the penultimate line so that when the poem travels their name travels with them.

Although poems directly addressing the government of the day are few, there are many burning with anger, and often cynicism, at the state of the world and how to change it. The president of Afghanistan, Hamid Karzai, doesn’t get off lightly either. In the piece “Slave”, the poet laments, “Karzai! You sold the country for a few dollars/ As you are a wrong-doer, to whom should we complain?”

While some of the poems show an ideological commitment to jihad others show how people who join the Taliban do so as a means to resist occupation. A poem written in 2007 by Alam Gul Naseri called “Goodbye” is a good example of this: “Allow me to go and say goodbye to you, dear mother! I won’t say anymore, goodbye. Englishmen have occupied my home. By no means, I cannot stay anymore. They play with our dignity and our chastity, I shy with my conscience. It would be better at this moment to go and fight.”

For me, this collection of poems gives a snapshot of life in Afghanistan, of the people behind the numbers of “insurgents” killed and how foreign occupation has caused ordinary people to resist.

Poetry of the Taliban is published by Hurst £14.99 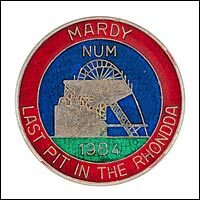