This article is over 12 years, 7 months old
The Territorial Support Group (TSG) - the "public order" section of the London Metropolitan police - has been accused of 159 assaults over the past year.
By Patrick Ward
Downloading PDF. Please wait...
Monday 01 June 2009

The 730-strong TSG has also received more than 547 complaints regarding their conduct during the same period – 29 percent of which were for assaults, including, disturbingly, sexual assault. Despite the complaints, no officer has been disciplined for their behaviour.

The figures, obtained by the London Evening Standard, also point to 54 complaints of alleged stop and search malpractice, 41 complaints of “discriminatory behaviour” and 38 complaints of unnecessary or illegal arrest or detention. All the figures obtained by the newspaper date from before the G20 protests, which saw one TSG officer suspended after video evidence emerged showing that he struck Ian Tomlinson minutes before his death.

The TSG were also accused of the horrific abuse of “terror suspect” Babar Ahmad in 2003. Ahmad was allegedly stamped on repeatedly and forced to assume the Muslim prayer position as officers shouted at him, “Where is your God now? Pray to him!”

New Scotland Yard denied such claims for six years, before its lawyers admitted in March to sustained and gratuitous violence on Ahmad, paying him £60,000 in damages. According to the Guardian four of the six TSG officers involved in Ahmad’s arrest had already been subject to 60 complaints of assault since 1992. The majority of complaints were for assault on black or Asian men. Five of these six officers still work in the TSG.

A rigorous regulatory body for the police seems sorely needed. The Independent Police Complaints Commission (IPCC), set up following the disbanding of the Police Complaints Authority in 2004, is charged with this duty, although, as with its predecessor, it has been seen more as an apologist and damage limitation wing for the police.

Despite over 100 people dying in police custody every year, the organisation has yet to find any officer guilty of murder or manslaughter. But this looks even more suspicious when many IPCC investigators are ex police officers themselves. In the case of Sean Rigg, who died in custody in 2008, it took the IPCC seven months to even interview the officers involved.

But there is a more important regulator of police brutality: the movement of ordinary people seeking justice. This was illustrated brilliantly on 23 May when around 500 protesters marched to New Scotland Yard and “kettled” the headquarters of the Metropolitan Police. Interestingly this demonstration, organised by the United Campaign Against Police Violence, took place without police intimidation.

At times of economic and political crises, increased state brutality is the norm. It is up to ordinary people to make sure that real pressure is put on the government and the police so they don’t further dismantle our long fought-for rights.

Topics Deaths in Custody, Defend the Right to Protest, Police 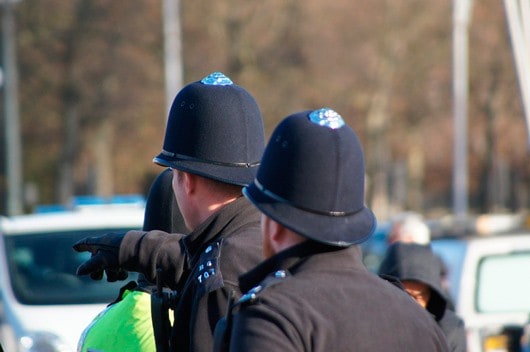