This book starts well with a glib and intriguing introduction. We are invited to imagine a trip across the Argentinian Pampas, a journey that starts dreamily with visions of verdant fields of soya but ends jarringly with the realisation that this product: Intacta RR2 Pro is one of a new selection of transgenic seeds incurring violence and disruption to indigenous humans and plants by Monsanto. From here the book purports to examine how operations of capital “hit the ground” as far as possible providing a searing analysis of their intermeshing with other operations as they refigure our world.

Henceforth, Neilson and Messandra try to break capital — imagined as a political actor — down into a set of relations seen through a series of diagnostic-prisms. These cover everything relevant to end-time capitalism including: racial capitalism, Marx’s concept of aggregate capital, how globalisation has shaped contemporary states since WW2 and ramifications accruing from the financial crisis of 2008.

They effectively draw on examples from history and literature in order to animate their message. For instance, in chapter four they discuss the minutiae of extraction:

“Sedimented in the deep time of geological processes extracted minerals are thrust into industrial applications and have become essential elements in the devices and infrastructures that enable even the most recent developments in new media. As immaterial a metaphor as “the cloud” may be to describe current technologies of data storage, processing and transmission, its very existence is predicated on an unprecedented intensification of extractive dynamics and related processes of dispossession.”

This idea is expanded as fracking is exemplified as something with a contradictory message as it asserts the death of the carbon economy within its promise of new beginnings. It is asserted that If fracking were the protagonist of a 20th century novel, it would be Beckett’s Murphy: “I can’t go on. I’ll go on.”

They further illustrate how fracking and coal extraction are part of the process of operations, reminding us that certain practices need to be operative. In effect, after coercion of these substances from the earth, practices of transportation, storage and processing are involved before they can be commodified.

The book goes into some detail on the subjects of human input, property relations, slavery and exploitation and state violence. They make an important point about why the agents of oppression and exploitation have held dominion so far. The groups that have had to tolerate all of the mining, drilling and agribusiness have been multiple yet scattered; the agents that pursue extractive enterprises display “a surprising amount of corporate concentration”.

My only criticism is that at times this book is tautological. For instance, “We are interested in processes and concatenations that cut across the unstable and heterogeneous vistas of contemporary capitalist development and crisis” is not the only example of this. However, this is a minor point in view of the importance of the message and information conveyed.

Ultimately this book is a clarion call for activists, asserting that hope only lies in collective politics operating outside of the state. 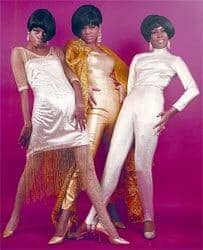 The Story of The Supremes exhibition

Strong with the Weak, Weak with the Strong