Directed by Matthew Warchus, released 12 September
Pride is an inspiring and joyful film set during the miners’ strike of 1984. It tells the story of the formation of the first Lesbians and Gays Support the Miners group (LGSM), the relationship they develop with the striking mining community in Dulais, South Wales, and the national impact they have.

LGSM was formed after Mark Aston and Mike Jackson decided to do a collection for the miners at the Gay Pride march in 1984. Having set about raising money the group tried to make contact with the NUM but encountered an embarrassed silence. Determined not to be rebuffed the group randomly choose a mining village in Wales and contact its strike committee.

So began a relationship that culminated in Welsh miners leading Pride in 1985 and the NUM block votes in support of gay rights at TUC and Labour party conferences the same year.

Recently I was talking to a founding member of LGSM and he expressed the concerns he and others had about the film being made. Neither the writer nor director come from a left wing tradition, they knew little about the period, and wanted to make a film with mass appeal.

This raised a dilemma for those whose story it is — how to strike a balance between telling an important story to as wide an audience as possible without compromising the politics, and therefore the integrity, of it.

Pride is definitely a feelgood movie — the story is told with a great deal of humour and warmth and it is very accessible. Some aspects of the characterisations could be seen as stereotypical and at moments this can grate. That said, the film makes you feel good for all the right reasons. At a time when Thatcher’s government was making life terrible for so many, a group of unlikely allies united together and fought back.

Consequently the three crucial elements of the story are clear: individuals can make a difference; solidarity between groups of people who believe they have little in common can bring about changes at a personal and wider level; and trade unions matter.

I doubt anyone watching this film will miss its message. Go and see it. Take everyone you know. 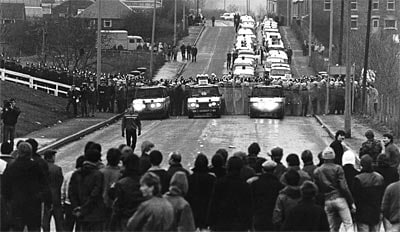