The Privatisation of Israeli Security

One of the most important but least known dimensions of the neoliberal counter-revolution is the privatisation of security and of the military. This process leaped ahead during the US occupations of Afghanistan and Iraq. Indeed, by 2008, the US Department of Defence spent nearly half its budget on private contractors. As Hever points out, Israel is a long way behind the US, but the privatisation process has nevertheless clearly begun and is moreover part of a global development. Even now, Russian private contractors are fighting for the Assad regime in Syria!

While there are quite a few studies of the privatisation of security and of the military, one problem is that they are nearly always written for an academic audience. One consequence of this is that the extent to which the military have already been privatised has not become widely known and consequently this privatisation has not become the urgent political issue that it deserves to be. Unfortunately, Hever’s book, despite its many virtues, continues this academic focus. Nevertheless, Pluto Press is to be congratulated on publishing this important study as a paperback.

Privatisation of the military, as Hever’s study makes clear, takes place in very nationally specific circumstances. In the case of Israel, the context is one of a high degree of militarisation and where much of the country’s political elite comes from the senior military. Also Israel is in long-term illegal occupation of territory inhabited by a hostile population, something that is virtually unique. This is inevitably expensive both in terms of money and manpower and moreover in recent years has come up against a growing Israeli reluctance to be conscripted into the military and to then serve in the reserves.

One problem is that Hever broadens and extends the notion of privatisation and outsourcing in a way that is not really sustainable. For example, he discusses the establishment of the Palestine Authority as an example of the “outsourcing” of security, a successful example at that. This is to treat as part of the neoliberal agenda, a political stratagem that is in fact very much part and parcel of the long history of colonialism: the setting up of puppet agencies, statelets and regimes of different kinds to assist the colonial occupier in keeping the population under control. And, of course, even the Palestine Authority has been forced into conflict with the Netanyahu government.

More convincing is Hever’s discussion of the privatisation of security checkpoints where, because the private guards “dress like soldiers, carry similar weapons…it is not always apparent which checkpoints have been privatized”. While Israel remains a long way behind the US as far as privatisation of the military and security has gone, it has already overtaken Germany and the process continues. Hever has made an important contribution to our knowledge of one of the most important dimensions of neoliberalism. 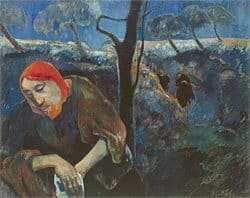