Profits on the Line

Christian Wolmar is a bit of a Kiley fan–not the former soap actress turned pop star, but the former CIA agent turned transport supremo. There is a touch of Kileymania on the soft left, with the ‘Guardian”s Polly Toynbee and London School of Economics ‘expert’ Tony Travers among the fans. Wolmar quotes Labour MP Karen Buck describing Kiley as ‘a wow’. These Kiley fans share both a realisation that the London Undergound PPP is a disaster for the tube, and a real hostility to tube workers. Wolmar describes a tube strike over safety as ‘opportunist’. The well-heeled Toynbee and Travers pour bile on striking tube drivers for being ‘overpaid’.

Wolmar and co, caught between dislike of the PPP and distrust of the unions, think the issue must be one of ‘bad management’, and so look to the good manager–Kiley–as a hero. Unfortunately, this means that Wolmar’s book is full of details revealing the madness of the PPP scheme, but rambles on without really grasping the whys and hows of the disaster slowly arriving at the platform. Wolmar boasts that he interviewed almost everyone involved, but somehow failed to speak to a single driver, ticket collector or station cleaner or their representatives. The initials RMT, Aslef and TSSA–representing the unions who organise thousands of tube staff–don’t even appear in the index. His failure to meet a single worker means the simple truth that everyone from Gordon Brown down wants the PPP to hand a huge public subsidy to private firms and screw the workforce in the process eludes Wolmar. He also fails to notice that the only time the government really deviated from pushing the PPP plan is when the tube staff took limited strike action.

Nonetheless, the details he uncovers are pretty easy to decipher: Wolmar shows that Steve Robson, the civil servant behind the privatisation of British Rail, was responsible for first starving the tube of resources and then proposing the PPP. Wolmar describes Robson as ‘one of the number twos at the Treasury’, which sounds like a polite way of saying he’s a shit, but is actually a description of his position. Wolmar also shows that Geoffrey Robinson, a businessman embroiled in scandals who became a minister embroiled in scandals, is also one of the privatisation’s parents. Robinson in turn brought in Malcolm Bates, an executive of Balfour Beatty, to plan the privatisation. Bates then became head of London Transport while Balfour Beatty snapped up contracts in the privatisation. Wolmar also shows that when Prescott tried to negotiate with Kiley over the tube deal, the government’s team consisted of accountants from KPMG, not Labour loyalists. As Wolmar revealed, consultants, lawyers and accountants have made £400 million in fees from the PPP before it is even signed.

Wolmar is continually bemused that anyone committed to better transport in London could back the deal, which will pour millions into the hands of private firms while leaving the tube in a Railtrack-style mess. He claims it is all a ‘cock-up’, a series of accidents. The real truth is the PPP’s backers have no interest in trains. All the privatising civil servants, subsidy-hungry contractors and accountants Wolmar shows at work see the tube as a cash cow to line their pockets. If some passengers need to be squeezed down those funny holes in the ground along the way, well OK, but that’s not really the point of the exercise.

Searching for Socialism: the Project of the Labour New Left from Benn to Corbyn, Colin Leys and Leo Panitch, Verso £8.99 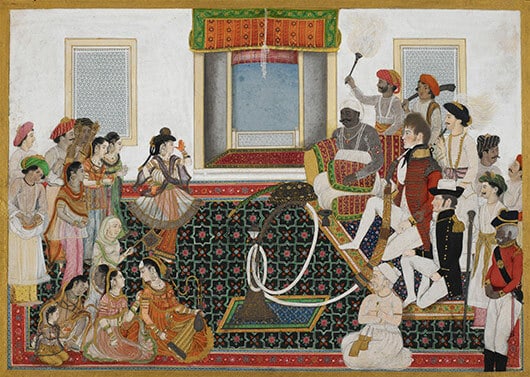 A Lot Lurks Below the Surface