Putting the politics back into Pride

This article is over 10 years, 1 months old
As World Pride arrives in London, Ellie May looks at its radical roots, considers what has changed since the Stonewall riots in 1969 and asks how we strengthen the struggle for LGBT equality today
By Ellie May
Downloading PDF. Please wait...
Sunday 01 July 2012

World Pride 2012 will see an expected one million people gather in central London to celebrate all things LGBT. But the Pride parades as we know them are a far cry from the first gay pride demonstrations held in the US in the early 1970s.

One year after the riots at the Stonewall Inn in 1969, which saw gay and transgender people erupt in anger at yet another police raid, the Gay Liberation Front (GLF) marched in Greenwich Village, New York, to signal their ongoing resistance to police harassment, state condemnation and public humiliation. Sick of being treated as diseased and deviant, and being forced to live in secrecy and shame, they took their anger and defiance to the streets in loud, colourful and flamboyant demonstrations where they held hands, kissed and embraced – acts of protest which few would have risked in public at the time.

To be exposed as a gay man or woman could be devastating, resulting in homophobic abuse, loss of employment, excommunication from family and friends and even imprisonment.
The GLF demanded equality and an end to the discrimination and prejudice they faced on a daily basis. They also encouraged their members to “come out” as homosexual to those around them and to accept and embrace their sexuality themselves.

As a grassroots revolutionary organisation they took inspiration from the radical mood in the US, where the anti-Vietnam War movement, the emerging Black Power groups and fighters for women’s liberation were engaged in sit-ins, occupations, pickets and marches. The GLF built on these methods of struggle but also elaborated on them. Kiss-ins at establishments that refused gay customers or the hounding of homophobic politicians became signature strategies for the GLF. They were militant and willing to force their sexuality into the public domain, where it had previously been forbidden.

The GLF identified the roots of LGBT oppression within capitalism. The system condemned homosexuality for existing outside the traditional structure of the nuclear family, something central to capitalism’s drive for profit. Capitalism is driven by exploitation and competition and this has shaped the family as the regulator of relationships and producer of the next generation of workers. LGBT people undermine this structure as they disrupt the normality of the family and challenge its very basis. That is why the ruling class, which profits from our labour, has curbed the rights of LGBT people until recently, when it began to concede to LGBT people greater social acceptance. But this status is conditional on conforming to a traditional family structure, to the institutions of monogamy and family life (socialists, of course, must stand for marriage equality, regardless of our wider critique of the institution of marriage). If we are going to achieve lasting liberation for LGBT people, we must link with the wider class struggle to change the world, as we are faced with a well-established and vicious system to topple.

The GLF argued that the sexual liberation of all people, gay or straight, could only come through the liberation of all oppressed groups and, therefore, a revolution. As a result the GLF identified with the struggles of other oppressed groups, which in turn had an impact on those movements’ attitudes. When Huey Newton, a leader of the Black Panthers, declared in 1971 that “homosexuals are not enemies of the people”, his words reverberated across progressive and revolutionary movements.

The revolutionary ideas of the GLF remain relevant today, as we fight austerity and a Tory-led government that is increasingly reverting to eulogising the family.

Coalition of the oppressed?

The GLF was able to make so many gains because it linked up with the wider movement on the left and this resulted in real gains for LGBT people. But its vision of a coalition of the oppressed is not enough to achieve lasting gains and to preserve what we have won so far. We need to unite the struggle for LGBT liberation not just with other oppressed groups but, crucially, we must embed our struggle in those of the wider working class.

The Pride parades of the last 20 years are still very colourful and loud and have demanded a significant space in society. LGBT people have won the kind of acceptance that the GLF was demanding but not the society it was fighting for. We have seen a depoliticisation of Pride which has shifted from an act of defiance to a commercialised event with corporate sponsors. It seems everyone wants to claim they are “pro-gay” by advertising at Pride.

The “pink economy” booms loudest at Pride, when we are sold our sexuality wrapped up in a pretty pink ribbon. Socialists must argue for the political nature of Pride as a base to rebuild a militant LGBT movement and to disperse the myth that equality has been won.

In London LGBT health support organisations have had 43 percent of their funding cut. Mental health services around Britain are also being cut back and LGBT people are more likely to experience mental health disorders, while cuts to health benefits will see HIV sufferers forced back into work. The current debate between the church and the state over gay marriage points to the latent homophobia in both institutions. The Church of England argues that to allow LGBT people to marry would reduce marriage to a “vague commitment” and the government has insisted that churches and religious groups would be exempt from the plans which would only apply to civil marriage (so not really equal marriage at all!).

David Cameron has repeatedly declared that the Tories are now a “gay-friendly” party. Cameron, however, voted against the repeal of Section 28 (a law introduced by Thatcher to prevent the “promotion” of homosexuality in schools) and has opposed the right of gay men and women to adopt children. Yet Cameron insists that the Tories are now able to “look gay people in the eye and say, ‘You can now back us…because we now support gay equality’.” The Tories’ plan is to conceal their homophobia and promote a myth of equality.

But all the elements of resistance are not lost. Trade unions still have large contingents on Pride demos, something that recalls the 1985 Pride when coal miners from the National Union of Mineworkers headed up the march in solidarity with the gay men and women who had supported their strike.

Socialists must argue that Pride is about mass involvement, radical politics and solidarity in order to create confidence among LGBT people to fight austerity and oppression and to become part of a wider struggle to change the world. 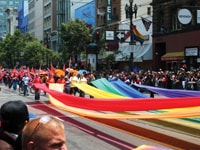 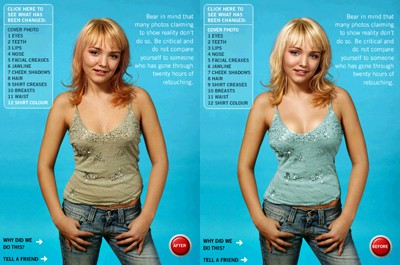 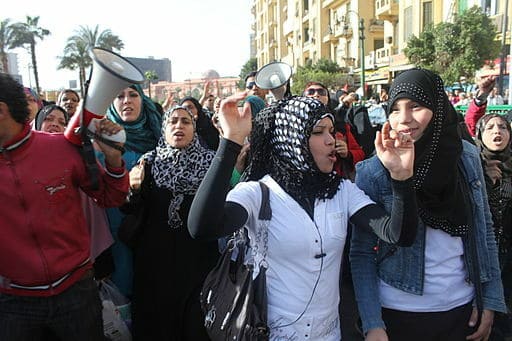