R is for Revolution

This article is over 13 years, 5 months old
"Bliss was it in that dawn to be alive, but to be young was very heaven!" English poet William Wordsworth's reaction to the fall of the Bastille in 1789 conveys the exhilaration of those precious moments when the masses overthrow an old society and build a fresh one.
By Donny Gluckstein
Downloading PDF. Please wait...
Monday 01 December 2008

Such events must be distinguished from superficial change. Under capitalism there is a constant turnover of rulers, technology, family structures and ideas. The microchip has superceded the spinning jenny; Barack Obama follows George Bush; even the banks are nationalised – but capitalism continues. Revolution means change at the most fundamental level. States are transformed, ruling classes are replaced by new ones, production and distribution are radically altered. Nothing stays the same.

Revolutions dominate history. Capitalism itself was the result of a series of mighty revolutions against feudalism, of which 1789 was the most outstanding. Progress has never developed at a smooth and even pace, but by a series of sudden jolts. Each successful revolution brings a new section of society to power which leads humanity forward for a period. Eventually this ruling class becomes conservative, a fetter holding progress back. It puts its survival above the common good, even if that brings chaos and suffering. Then “begins an era of social revolution”, wrote Karl Marx. Either the chains of the old world are broken, allowing society to move into a new phase, or that civilisation decays and collapses.

It is a commonly held view that such revolutions are initiated by revolutionaries plotting away in smoke-filled rooms. Vladimir Lenin – the stereotypical candidate for this role – rejected that description entirely. He argued: “It is only when the ‘lower classes’ do not want to live in the old way and the ‘upper classes’ cannot carry on in the old way that the revolution can triumph…revolution is impossible without a nationwide crisis.”

The 1917 Russian Revolution proved his contention. Just weeks before it began Lenin declared that he would not live to see Tsarism overthrown. But Russia was gripped by a crisis caused by its involvement in the First World War. In governing circles some determined that a new course was needed and so Rasputin, the monk who had become a key ruling figure and was deemed to be a block, was assassinated. Even on the day the revolution began in February 1917 the revolutionary Bolsheviks were unaware of the movement before them. The women of Petrograd (the capital), driven to desperation by overwork and lack of bread, marched on the Tsar’s palace. The demonstrations swelled and when the army refused to shoot protesters the Romanov dynasty came to an end.

Revolution is not the work of one day, however, or merely a change in state power. It does involve dramatic challenges to state power, but these are part of a wider progression. It is a process not just an event. Thus it took nine years of the English Revolution and four years of the French Revolution to establish republics. Equally, Russia’s revolution was far from completed by the events of February 1917.

The old ruling class – the aristocratic landowners and industrialists – remained in place. Having grown up being told to obey their “betters”, the masses did not immediately feel they could or should be the new ruling class. So, initially, reformist parties attracted much greater support than the revolutionary Bolsheviks. This enabled the Kerensky government, which operated within the old social framework, to take control.

Nevertheless, the revolutionary process was unfolding. Its chief feature was mass self-education. As Marx explained: “Revolution is necessary not only because the ruling class cannot be overthrown in any other way, but also because the class overthrowing it can only in a revolution succeed in ridding itself of all the muck of ages and become fitted to found society anew.”

Millions of Russians soon learned that compromise and half measures were futile. Soldiers were still perishing and food shortages persisted. The peasants still eked out a miserable existence while rich aristocrats owned the best land.
It was in this situation that Lenin’s Bolsheviks, with their slogan “Peace, bread and land”, could have a decisive impact. They won a majority of workers to the idea of completing the process and taking power. This showed that while revolutionaries may not start a revolution, they are crucial if it is to succeed. By 25 October, the Soviets – democratic councils of workers and soldiers – had elected Bolshevik majorities and took control.

In doing this they refuted the idea that “revolution” must be linked with the word “bloody”. Like the 1871 Paris Commune, Russia’s October 1917 insurrection was almost bloodless, and within 24 hours the country had withdrawn from the carnage of the First World War. This example inspired an uprising in Germany in November 1918 that finally brought the entire conflict to an end, saving countless lives.

It is the failure of revolutions that leads to major bloodshed. After 1917, revolutionaries in the rest of Europe were too weak to lead to victory the wave of revolts that followed. The consequences were tragic. Russia’s isolation meant that its attempt to build socialism succumbed to Stalinism. In Germany the ruling class, terrified by a revolution only half made, turned to Nazism. Another world war and even greater horror followed.

By contrast, successful workers’ revolution is, as Lenin put it, a “festival of the oppressed”.

Capitalists defend their grotesque wealth against the mass of the poor by dividing us on lines of race, gender, sexual orientation, and so on. Working class revolution depends on achieving unity through overcoming oppression. And unlike all previous revolutions a working class takeover will not mean one minority class replacing another in power. The majority will run society for the first time. Thus the era of revolutions will come to an end. 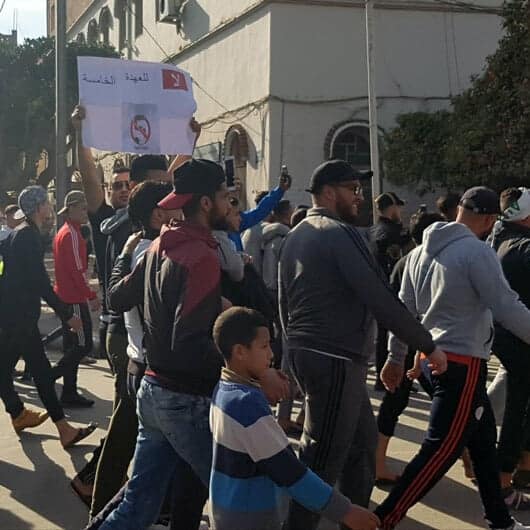