This is one very angry trade union activist and this is a very angry book. This is a personal record of her ten years organising for the union and documents her struggle within it. It is not easy for a union to be recognised in the US. There are many hurdles to climb, all with the interests of the employers in mind. On top of this the use of union busting firms is widespread there. They specialise in stopping unions being formed and have proven very effective.

Jane was a national organiser for the Service Employees International Union (SEIU), a health workers’ union. Hospitals, most of which remain ununionised, are very big employers and ought to be ideal for union organising. As an organiser in Nevada she had achieved considerable success. She achieved recognition agreements with the employers and created a solid base at her workplace. This was no easy achievement. Jane and others could have carried on organising, but they were eventually confronted with a challenge from another union.

Enter the trade union bureaucracy. The other union, the California Nurses Association (CNA), is a nurses only union and undermines the organisation at the hospital by only recruiting nurses. In the process Jane herself endures vicious personal attacks.

With machinations from her own union bureaucrats all the work she had achieved at the hospital was undone. Her own union was only interested in numbers, not shop floor organisation. It was committed to the Democratic Party and directly sought influence within it.

The trade union bureaucrats were tied to the Democratic Party not only politically but ideologically. Raising Expectations (and Raising Hell) isn’t a book about the inevitable. She advocates a more militant and radical approach to organising. This approach applies here too.

We can see in Britain the potential of trade unions and communities fighting together – the campaigns against the cuts and the bedroom tax give us a glimpse of this. Yet union leaders, with few exceptions, see our movement as two wings – the industrial and the political. The problem with this is that in reality there is no such separation. Our struggles are against this Tory-Lib coalition. Looking to Labour or the Democratic Party for a political lead will result in a disarming of our movement, not an advancing of it.

What is needed is not only the radical approach advocated by Jane, but radical socialist politics to lead and advance the struggle. The final word goes to Jane: “Screw the Labour Law and screw the Democratic Party.”

Raising Expectations (and Raising Hell) is published by Verso, £20 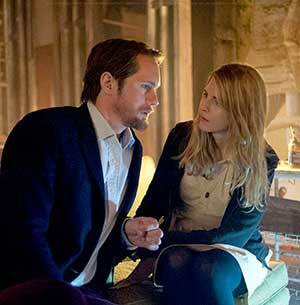 The East: film turns nightmare of spy infiltration into a fantasy