The format of the TV police procedural has always been a good vehicle for writers to express criticism of society. Its basic principle is that agents of the state, usually cynical and damaged detectives, are the only ones capable of getting at “the truth”, but only if they challenge the system, and its many interests, in pursuit of it.

The most popular and memorable crime dramas have emerged from the fringes of the entertainment industry. Denmark was not known for its TV exports until The Killing and The Bridge. Sarah Lund, the lead detective in The Killing, uncovers the ugly underside of Denmark, a place that was considered by many to be a bastion of Western liberalism.

The killer in the first series was motivated by both his sexual desires and racism. In the second series it was a policeman, and former special forces soldier, covering up for a massacre in Iraq. In the final series Lund “executes” the main suspect as he was too well connected to be brought to justice.

In The Bridge, Saga, the lead detective is even more “outside” as her (unspecified) Asperger syndrome means she is disconnected from emotions, and the motivations of those around her. Saga is the ultimate objective cop, even turning in her partner, and only true friend, when she suspects he has killed the man who murdered his son. Cops, after all, are supposed to cover up for each other.

This genre is inhabited by the “outside-insider”, the detective who uncovers corruption and sleaze – where all the low-life killers are somehow connected to the system, the rich and powerful interests.

True Detective, starring Matthew McConaughey and Woody Harrelson, is the most recent example of the growing popularity of these noir procedural dramas. It is not easy watching, as it dwells on graphic violence and has high levels of gratuitous sexual content. Moreover, despite the ambivalence of the male leads, the women characters lack any real dimension.

Yet it works, and is very powerful TV. The plot revolves around two mismatched Louisiana detectives on the trail of a serial killer. But unlike the woeful mainstream CSI-type crime series, it is only when they leave the police force (and kidnap and threaten to torture a former colleague) that they can begin to make progress in the investigation.

Along the way the grim nastiness of life in the US is laid bare. There is little to like in either character. At one point the detective played by McConaughey advises a women who confessed to killing her children to “commit suicide at the first opportunity”, as her life in jail would be unbearable.

The deeper they dig the more critical they become of the US, the South, and the hidden power blocking their investigation. This is hard-hitting post-Katrina and post-Iraq drama. McConaughey declares, “It’s like you eat your young…and that’s all just fine as long as you’ve got something to salute.” Yet despite the lack of genuine female characters, the show opens up the world of oppression and abuse.

There are two main reasons for the growth of the “noir” procedural. The first is the rise of HBO and other cable channels in the US. Most of us came to HBO through series such as Six Feet Under, The Sopranos, The Wire and Game of Thrones, as well as Breaking Bad from the rival AMC cable.

The success of the cable channel series is that they are subscription-based, and do not have to look over their shoulders at advertisers. As one commentator noted about The Wire, advertisers would be “uncomfortable airing their commercials in between gun fights and heroin deals”. Not to mention a series where the most memorable character is an openly gay shotgun-totting drug bandit.

The main drive for advertisers is viewing figures – how many eyeballs are on their product during commercial breaks? Without subscription The Wire would not have lasted beyond the second series, as its viewing figures were dropping.

Luckily these figures do not matter to HBO. How about a plot about a school teacher who creates top quality Meth amphetamine to pay for his cancer treatment? Not enticing for advertising execs who fund most mainstream TV.

The second and most significant attraction is that the story can be told, uninterrupted, over a number of episodes.

This gives writers the chance to develop characters and the plot. Cable series have become so attractive that there is a migration of top writers and directors from film into TV – and stars such as Kevin Spacy, Matthew McConaughey and Woody Harrelson. They have more control, and more scope to produce a product that is vastly higher in quality and unflinching.

The enduring attraction for the viewer is the social criticism. In the vastly popular The Wire, one detective explains, “You follow drugs, you get drug addicts and drug dealers. But you start to follow the money, and you don’t know where the fuck it’s gonna take you.” 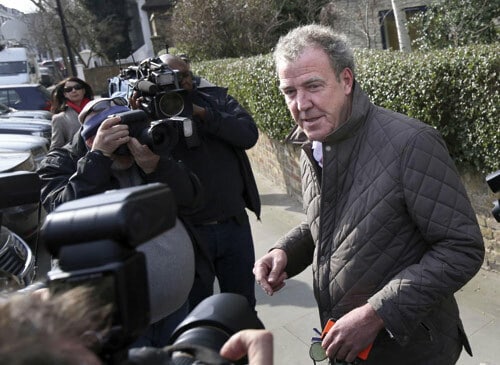 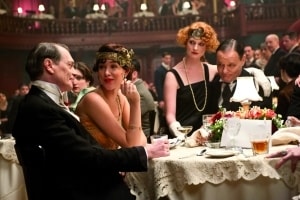