Red Velvet by Lolita Chakrabarti looks at the prejudices faced by Ira Aldridge (1807-1867), the pioneering African-American actor in 19th century England. It marks a strong debut for Indhu Rubasingham as the Tricycle’s new artistic director.

Chakrabarti’s script, which recalls a largely unknown but important part of theatre history, opens with a scene in Lodz, Poland, with a young journalist attempting to interview Aldridge about the fact that he never returned to Covent Garden after his debut performance there in 1833. The play then shows us why Aldridge never returned, although he went on to tour extensively throughout Europe.

The story begins in 1833. Edmund Kean, the greatest actor of his generation, collapses while playing Othello at Covent Garden’s Theatre Royal. The theatre manager then propels Aldridge to fill Kean’s shoes. Aldridge’s arrival soon creates dissent among the theatre company’s ranks, consternation from prejudiced critics and the temporary closure of the theatre.

The play skilfully reminds us that Aldridge’s Othello took place within the context of debates on the abolition of slavery. The allocation of the role to Aldridge must have had quite an impact.

Adrien Lester puts in a wonderful performance as Aldridge, introducing us to Aldridge’s approach to acting: he emphasised direct physical and emotional contact with other cast members. Thus he attempts to introduce some exuberance into the statuesque “teapot school of acting” of the Covent Garden cast.

Lester’s portrayal of Aldridge is full of the rage of a young black man attempting to succeed on the stage of 19th century England. The issues of race and the theatre that Red Velvet raises have not entirely disappeared. Aldridge can be seen as predecessor of the great American singer and actor Paul Robeson. If Aldridge felt the pain of 19th century racism, Robeson certainly had his own experiences in the 20th.

For instance, Guardian theatre critic Michael Billington reported that Peggy Ashcroft, who played Desdemona at the Savoy in 1930 opposite Robeson as Othello, received hate mail and found that Robeson was not welcomed in the next-door hotel. Only recently the Royal Shakespeare Company’s Gregory Doran’s all-black Julius Caesar struggled to recruit enough black actors.

If I have a quibble about Red Velvet is that it seems strange to hear 19th century actors describe Aldridge’s technique as “avant garde” or to describe him as “charismatic”. However, this is an outstanding play and Lester is well supported by Charlotte Lucas as the actor playing Desdemona, Eugene O’ Hare as the theatre’s Gallic Manager, and Ryan Kiggell as Edmund Kean’s son. 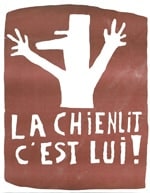