This article is over 14 years, 4 months old
Bangladesh was struck by a major cyclone on 15 November. Cyclone Sidr was larger than the entire country.
By Palash Kamruzzaman
Downloading PDF. Please wait...
Tuesday 01 January 2008

United Nations assessments suggest 2.2 million people in need of immediate life-saving relief. Some 3,500 are known to have died, with 40,000 injured and around 1,000 missing. Some 8.5 million homes have been destroyed, and nearly three million livestock killed. And 6,000 square kilometres of coastal mangrove forest, which offered limited protection against such extreme weather conditions, have been lost – all this in a country ranked 139th out of 175 on the 2003 Human Development Index.

Before the cyclone struck, two US warships were diverted from “war on terror” operations in the region towards the Bay of Bengal. The US demanded a special invitation from the Bangladeshi government to come and provide support, despite the fact that many other countries had already pledged greater support without making such requests. The two countries arranged regular press briefings for this “special support”, claiming that it was a gesture of “deep friendship”. They started their work more than a week after the cyclone hit.

The US warships left on 6 December, with the US embassy claiming that the emergency operation was over. All other international efforts for relief work are still in place, including the US federal aid agency, USAID. This begs the question, were the actions of the US simply a public relations exercise in a country proximate to the “war on terror”?

The British government pledged £7 million in aid, with similar amounts offered by other Western countries, including the US. Britain spends this amount on the Iraq war every two and a half days.

Climate change, primarily caused by Western countries, is a vital factor here. Rising sea levels are predicted to displace 30 million people in Bangladesh over the next 40 years. Losing any of this planet is unacceptable, but it is even more unfair when this happens to people who are not responsible for it. As Western countries pay for their polluting through “humanitarian aid”, thousands die the world over as a result.

Colonialism and extraction of resources by the West are central causes of poverty in the Third World. Bangladesh is no exception. Aid is no compensation. It is the moral and ethical responsibility of the international community to help poorer countries achieve a minimum standard of living. This is especially true when faced with natural disasters.

Many countries, NGOs, charities and businesses stepped forward to help the vulnerable. Every generous act is most appreciated, showing that humanity is still stronger than even the most powerful of cyclones.

Perhaps the most positive feature was the resilient spirit of ordinary Bangladeshis. The poorest section of society, living in the slums, came forward to help victims with their physical labour. Children in thousands of schools collected tons of rice for the victims. The most vulnerable groups, reliant on state support, gave their weekly rations to those people affected. All these efforts suggest that aid is best motivated by humanitarian impulses. Political motives disguised as aid are not acceptable and call into question the purpose of aid, as well as tarnishing the appeal of humanity. 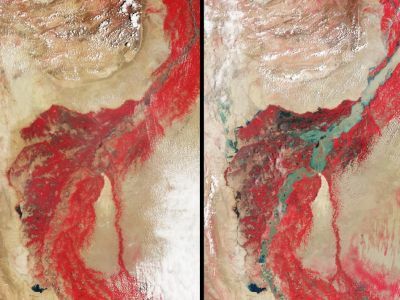