For those of us who were involved in the anti-war movement that developed in response to George W Bush’s “war on terror” after 9/11, The Report is a startling reminder of why it was so important.

As the titles come up we see the words “The Torture Report”, only for the second word to be blacked out — redacted, as the jargon has it. And immediately memories came surging back to me of the desperate attempts by the US government and state machine, backed up by its puppy dog Tony Blair, to cover up the failures and war crimes they were carrying out in the name of the “clash of civilisations”.

The Report is the true story of Dan Jones (Adam Driver), an earnest FBI agent who is tasked by his boss, Democrat Senator Dianne Feinstein (Annette Bening) to lead an investigation into the CIA’s Detention and Interrogation Program launched after 9/11.

To cut a long story short, he uncovers evidence that the CIA used torture techniques (denied at the time), that the techniques did not work and the CIA knew this, and that they destroyed records showing what they did.

The film is reminiscent of 1970s thrillers such as The Parallax View or All the President’s Men — all concrete brutalist architecture and strip-lit bunkers and no one willing to talk on the record.

Bits of the narrative that Dan is piecing together are revealed to us in flashbacks of the CIA’s decision-making process and “black sites” on foreign soil where the interrogations took place. Even just glimpses of the torture techniques, such as waterboarding, sleep deprivation and humiliation, are enough to wrench your guts and make you angry all over again. The details of where the “Enhanced Interrogation Techniques” came from are truly shocking.

As Dan works his way through literally millions of documents to the exclusion of anything else in his life, he appears entirely convinced he is working for truth, justice and the American Way, and I’m happy to believe he did think that.

But it is a little hard to swallow the implication of the film that the CIA were the bad guys and the FBI were the good guys, just trying to uphold the law. If in doubt, refer to Chris Morris’s latest film, The Day Will Come, which draws on dozens of plots by the FBI at exactly the same time to generate “home grown” terrorist plots they could then claim to have thwarted.

The truth is that both agencies were caught out by the attacks on 11 September 2001, and both were eager to prove their value — and increase their budgets — afterwards. This was Full Spectrum Incompetence — and malevolence, driven by President Bush’s refrain, “You’re either with us or against us.”

The Report reveals the political machinations going on between different wings of the state in a superpower that’s on the wane. Mad Men’s John Hamm is particularly convincing as a slightly slimy Senate staffer on Barack Obama’s team, who is always tring to stop anyone from doing anything. Within its limits its a serious, compelling film. 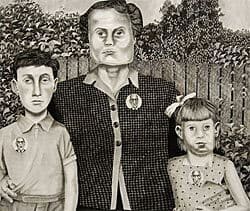 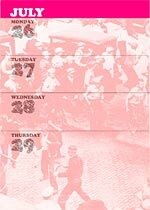