Italy: Italian finance minister Giulio Tremonti’s attempts to drive through £22 billion in cuts are facing an updraft of resistance. On 16 October up to a million students and workers took to the streets in Rome against the austerity measures in a protest called by the metal workers’ Fiom union. Fiom leader Maurizio Landini told workers that the next step was to plan a general strike.

Workers have been especially concerned over plans by car manufacturer Fiat to sack thousands of workers. However, there are still divisions in the movement which have yet to be overcome, with the two other unions representing Fiat workers signing a deal with company bosses over new terms of employment.

Germany: Last month German leader Angela Merkel launched an attack on multiculturalism in Germany, claiming it had “failed, utterly failed”. This attempt to divide workers from one another comes at a time when the government is threatening cuts of €80 billion.

Portugal: A general strike has been called for 24 November by the UGT and CGT union federations which represent a total of over 1.2 million workers. This is only the second time the two unions have cooperated in this way – the last time was in 1988. The movement in Portugal is resisting cuts of 5 percent in public sector wages, an increase in VAT to 23 percent and a freeze in pensions.

Spain: Up to 70 percent of workers in Spain supported the general strike on 29 September, which also saw half a million demonstrate in Madrid, 400,000 in Barcelona and hundreds of thousands elsewhere around the country. Unemployment has risen sharply, with around 5 million now jobless, and workers are increasingly faced with evictions from their homes and attacks on welfare. 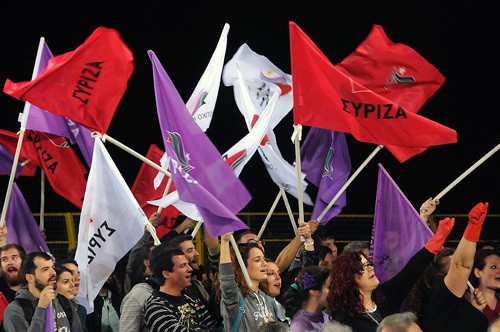 Italy: 'We Can't Turn Back Now'