Ken Macleod has developed a reputation for writing intelligent, political science fiction, and this novel should only add to his acclaim.

The story follows Lucy, a computer game designer in Edinburgh, as she attempts to unravel the mysterious history of her family and its connections to the former Soviet region of Krassnia.

When the company she works for is hired by her CIA agent mother to develop an online role-playing game about Krassnia, Lucy assumes that the game is a cover for forces fomenting a US-backed “colour” revolution in the region. But it soon becomes clear that there is more at stake, as figures from her past and present turn out to be connected to events in ways that seem impossible to be mere coincidence.

On one level the book is a tightly paced espionage thriller. But right from the outset, and its jarring science fiction prologue, there is a sense of something going on above and beyond first appearances throughout. The use of flashbacks and secret documents to take the story forward adds to this sense of uncertainty and confusion.

Macleod explores themes that will be of particular interest to socialists. The degeneration of the Russian Revolution, Stalin’s show trials and the resurgent nationalism that accompanied the disintegration of the state capitalist regimes in Russia and Eastern Europe are an important part of the story.

The “confessions” of a former Bolshevik under interrogation by Stalin’s secret police are especially powerful, revealing something of the process by which those accused of “Trotskyite deviations” were broken by their interrogators.

The novel also dramatises the ease with which some in the top layers of society were able to adapt to life in the “new society”, whether White Army officers moving into the rising Stalinist state apparatus or KGB officials into the post Soviet Union order or the so-called “Maple Revolution” being planned for Krassnia.

Macleod weaves these seemingly disparate elements together with panache. The first person narrative is both funny and thoroughly engaging, and is filled with twists, turns and surprising reveals. The book is also peppered with amusing references to the culture of science fiction fandom that will endlessly amuse nerds like myself.

One of the book’s biggest strengths is its excellent characterisation of Lucy. Here we have a protagonist who is fully rounded, dealing not only with the enormity of the book’s main plot but with the everyday pressures of work, friendships and relationships. All this is tied together in an enigmatic twist worthy of Philip K Dick.

The Restoration Game is highly recommended to fans of science fiction and political thrillers alike. For socialists there is the added appeal of its thematic and historical richness. And for socialists with a youth spent playing computer games, role-playing games and obsessing about Star Wars, this book is required reading. 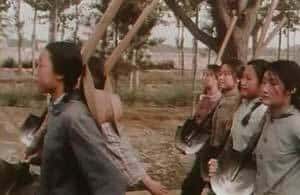