In May 2007 the Second Platoon Battle Company were deployed for 15 months to a remote outpost in the Korengal Valley, Afghanistan. Embedded with them were journalists Sebastian Junger and Tim Hetherington. Their camera follows the platoon through some of the most intense fighting of the war in an area dubbed “the valley of death”. The result is a feature-length documentary of the reality of life as a US soldier in Afghanistan.

This film depicts the brutality of 21st century US warfare in breathtaking high definition. The soldiers’ mission is to secure an area on the border with Pakistan. They decide to take the fight to the Taliban and build an outpost in a valley surrounded on all sides by enemy territory.

The camera rolls as their vehicle is hit by an IED and bullets from snipers whizz past their heads. It follows them out into the villages as they intimidate, bribe and negotiate with local people. There’s some incredible footage of their captain engaged in meetings with the local village elders. He attempts to “win hearts and minds” by offering all manner of riches, healthcare and power in exchange for their cooperation.

The film captures moments of pure horror as colleagues are gunned down on a raid deep in Taliban territory. On another occasion morale in the camp hits rock bottom when the troops receive news of nine deaths in a sister company. There’s no climactic build-up, music or edit cut to create a safe distance.

The intention of the documentary makers is to “capture the experience of combat, boredom and fear through the eyes of the soldiers themselves. Their lives were our lives: we did not sit down with their families; we did not interview Afghans; we did not explore geopolitical debates.”

The Afghan people in the documentary are invisible or collateral. Except for interviews with soldiers after demobilisation, there is no narrative voice. The directors do not intend to convey an anti-war message, but the realities exposed through their narrow objectivity are condemning nonetheless.

On one of their raids to flush out the Taliban, the soldiers call in an air strike. The men then explore the aftermath. There’s no gun stash to be found, only rubble, broken bodies and the shock of the survivors. One explains, as calmly as he can, that there are five dead – “but show me which of them is the Taliban”. On reflection the captain responsible wrestles with his conscience, before finally absolving himself: the dead may not have pulled the trigger, but they were connected to those who did.

Forty two Americans died and hundreds were wounded between 2006 and 2009 in the valley. In April 2010 US forces withdrew. There’s not much here to warm the heart, but as war reporting goes it doesn’t get any more real and powerful. 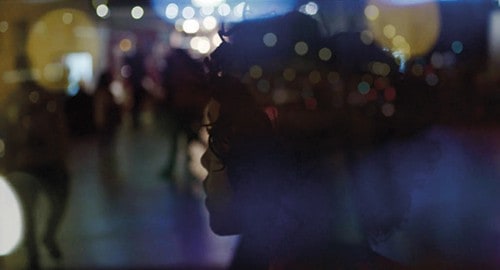 Pablo Larrain's No: Could we beat dictators if we were a little happier?