Twenty years ago Bosnia was at the bloody heart of the Yugoslav civil wars. The war ended when the country was divided along “ethnic” lines by the Dayton Accord, leaving two eparate entities and one mixed “district”.

Bosnia has since become a plaything of the West, with the US and the EU acting with the IMF and World Bank to impose austerity in return for increased and unsustainable levels of debt repayments.

Bosnia and Herzegovina, as it is officially known, is now one of the two poorest countries in Europe. But in February this year an explosion from below took place. Demonstrations and riots called for an end to the power of the oligarchs, the renationalisation of privatised enterprises and the smashing of all ethnic and nationalist divisions.

For centuries Bosnia has been at the centre of major geo-political fault-lines within Europe. Under Tito’s rule the Yugoslav state subdued these old fault-lines through money transfers from rich to poorer regions, a rotating presidency and suppression of nationalist dissent. After Tito’s death in 1980 the underlying economic problems of Yugoslavia gathered pace. Debt already stood at 20 billion dollars and was continuing to accumulate. Yugoslavia turned in 1989 to the IMF for loans to shore up the faltering economy.

The result was further escalation of the debt problem, made worse by high interest payments as the state sought to accumulate currency reserves.

The IMF loans also came with conditions which included wage freezes, cuts in public spending, and the elimination of all non-profitable socially-owned and “self-managed” enterprises.

Social tensions turned into industrial unrest, but in 1991 Slovenia, the richest region, made the break with Yugoslavia in a six-day war which then transformed into the “ethnic” wars between Croats and Serbs. Bosnia was left isolated.

The 1995 Dayton Accord was overseen by the US, Russia, France, Germany and Britain. It created the new state by accommodating to, and therefore reinforcing, the concept of ethnic division between Serbs, Croats and Bosniaks.

The entities had separate administrations with a rotating presidency, overseen by a High Representative and enforced by NATO-led troops. But the economic problems remained.

This was an open door for corrupt “ethnic” oligarchs to asset strip the country, sometimes even buying up whole factories and immediately closing them, only to sell off the machinery abroad.

Some 85 oligarchs now own 9 billion dollars of wealth in the country. Debt dependency has increased and the IMF has demanded a 10 percent cut to all budgets in order to “balance the books”.

It is against this background that the revolts in February took place. The demonstrations, riots and burning of town halls began in Tuzla, where 10,000 took to the streets (out of a population of 120,000) demanding an end to rule by the oligarchs and corruption, the renationalisation of privatised factories and the payment of delayed wages.

The revolt spread to other towns and cities, including the capital Sarajevo and even Banja Luka, the capital of Republika Srpska (the Serb entity). Solidarity demonstrations took place right across the Balkans.

Tuzla is an industrial town with a long working class tradition and a history of dissent. The protesters soon established People’s Plenums across the country. These were mass meetings of hundreds of workers and their families voting by show of hands on the next steps.

A total of more than 2,200 demands have been raised by the plenums. They have rejected any nationalist or ethnically-based division, and carried this demand into street demonstrations.

The plenums lack a base in workplaces but have oriented on workers’ demands. In Tuzla and other cities they have succeeded in ousting the existing “ethnic” politicians from office, cut the salaries of administrators by 20 percent and demanded that all civil servants should be paid the average worker’s wage.

The limousines of the local political chiefs were ceremoniously dumped in the local sewage culvert. For the moment the protests have receded and the plenums are less active.

But the rebellion in Bosnia gives hope to every worker fighting austerity and the power of the bankers and their friends. Most importantly, it shows that divisions based on nation, religion or “ethnicity” can be overcome by workers united in common cause.

Martin Upchurch is co-author with Darko Marinkovic, of Workers and Revolution in Serbia: from Tito to Milosevic and beyond, MUP 2013

Feeling the squeeze: Workers' living standards in the economic crisis 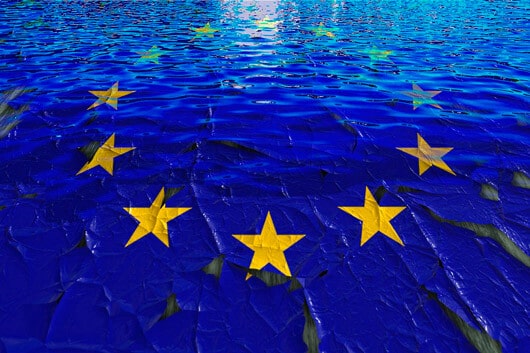 The left and the European Union